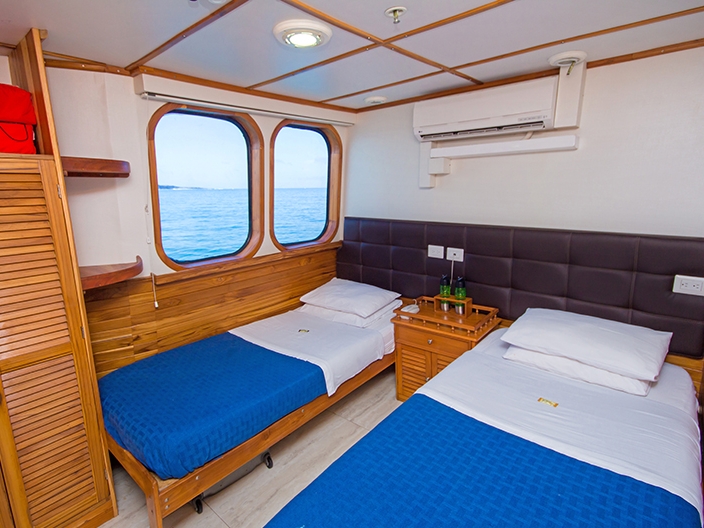 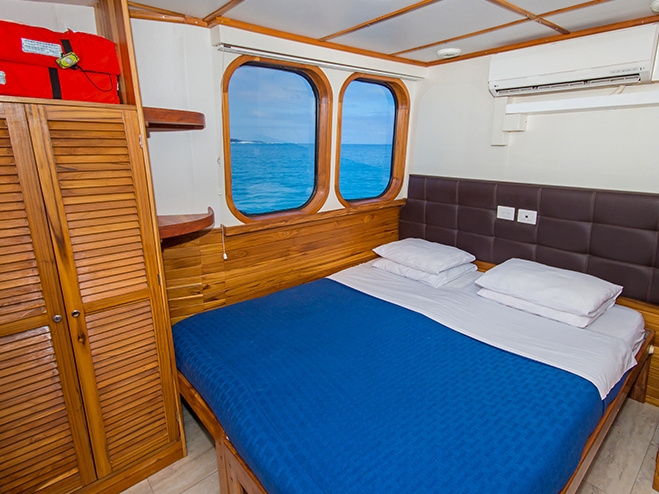 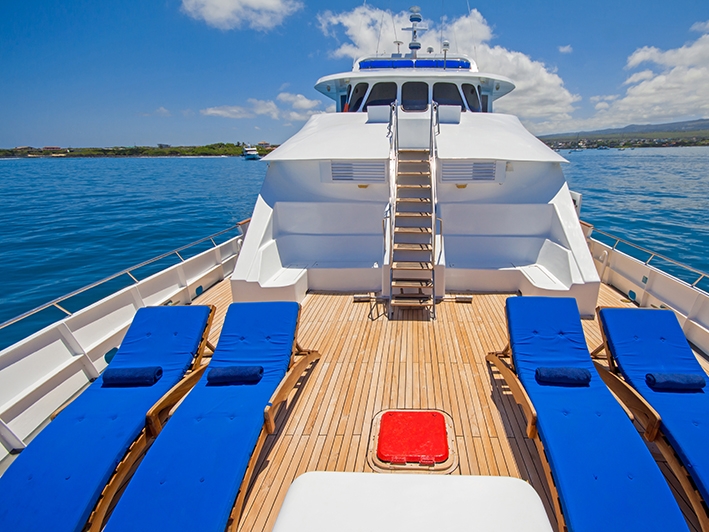 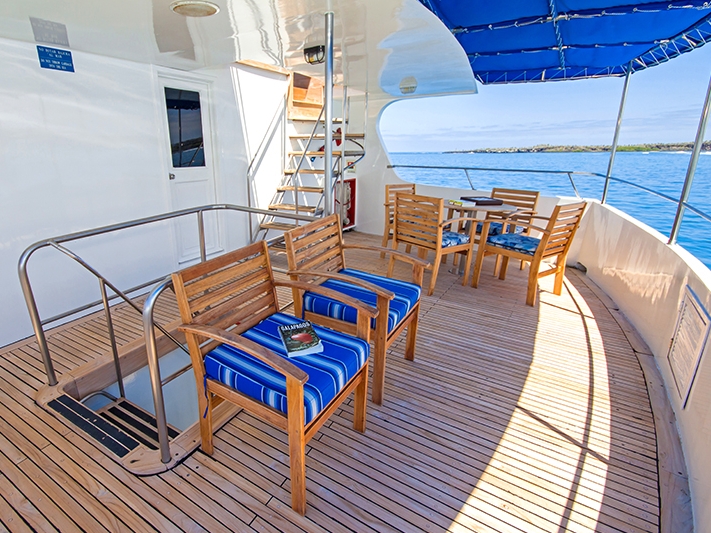 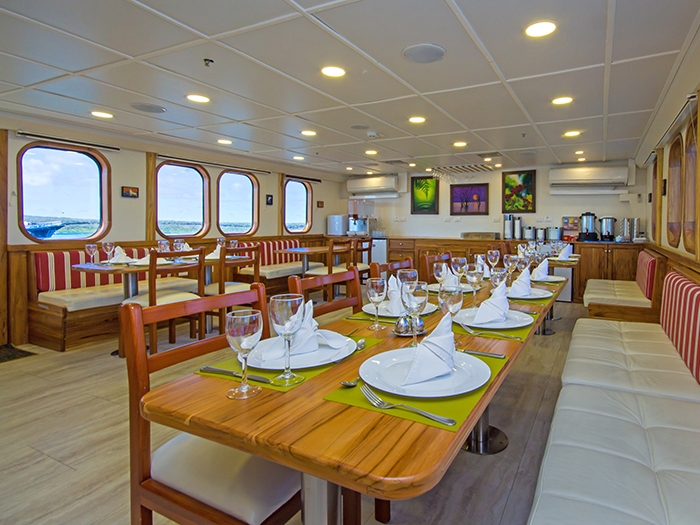 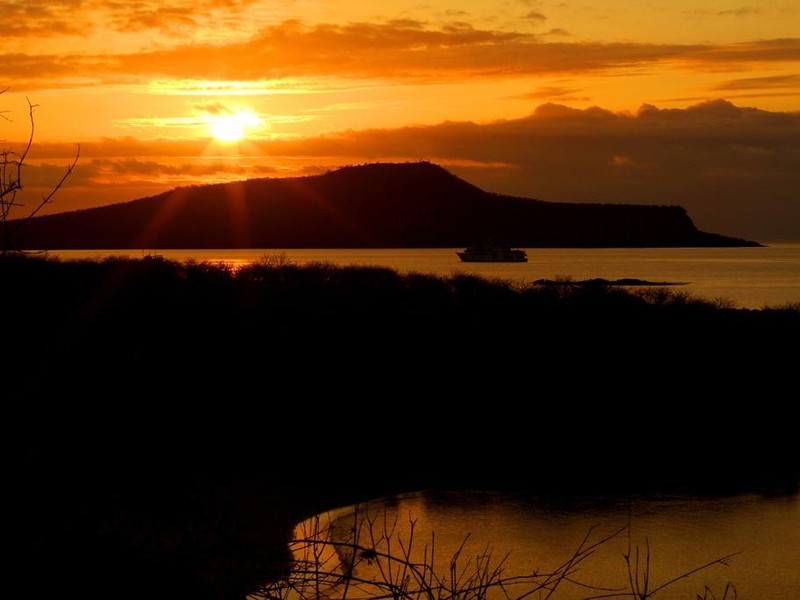 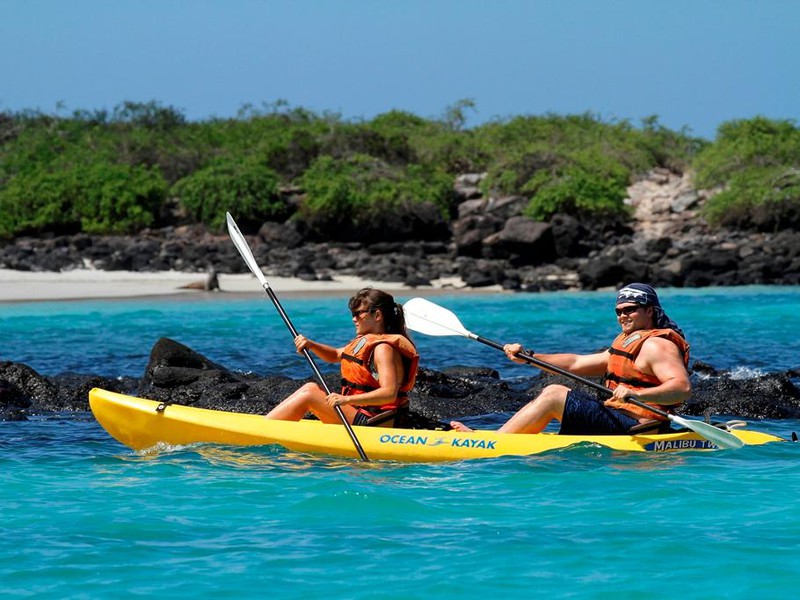 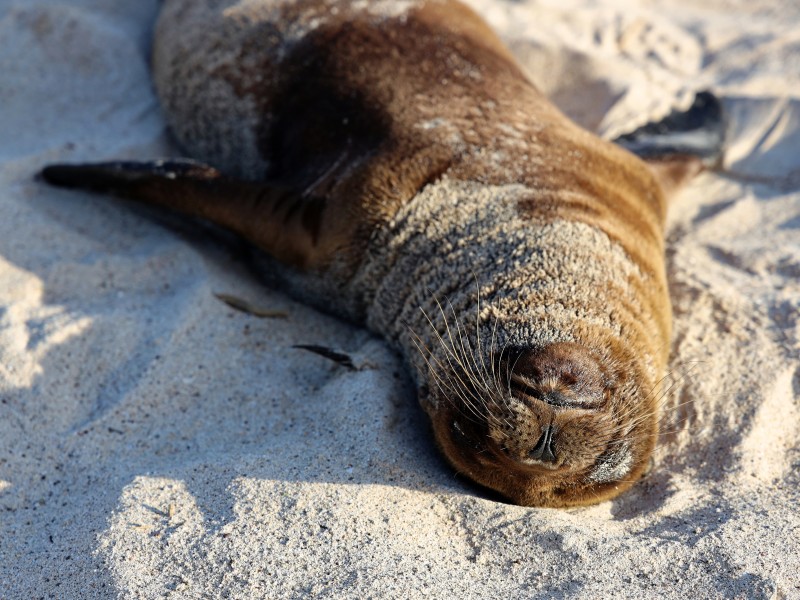 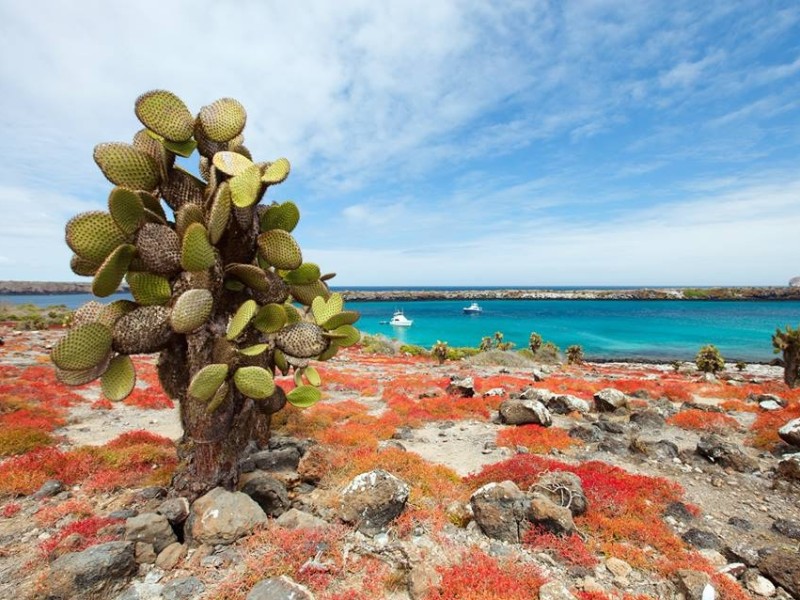 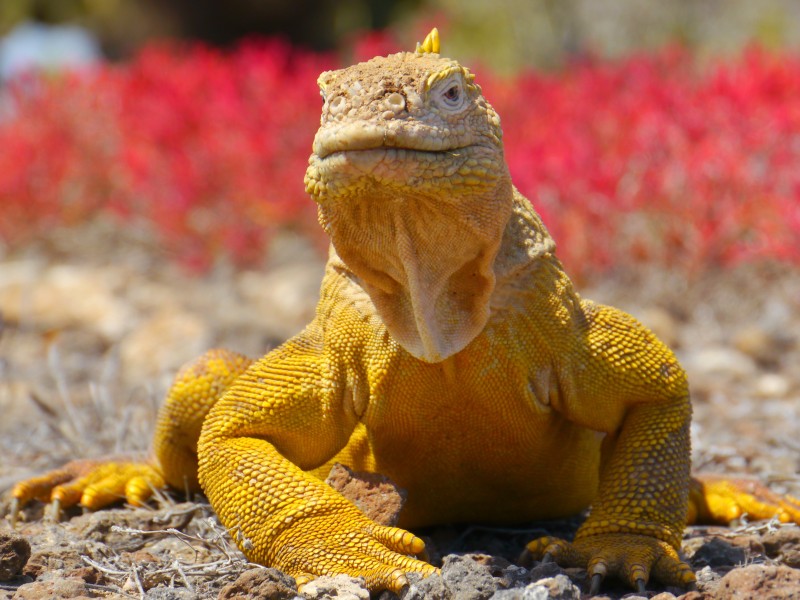 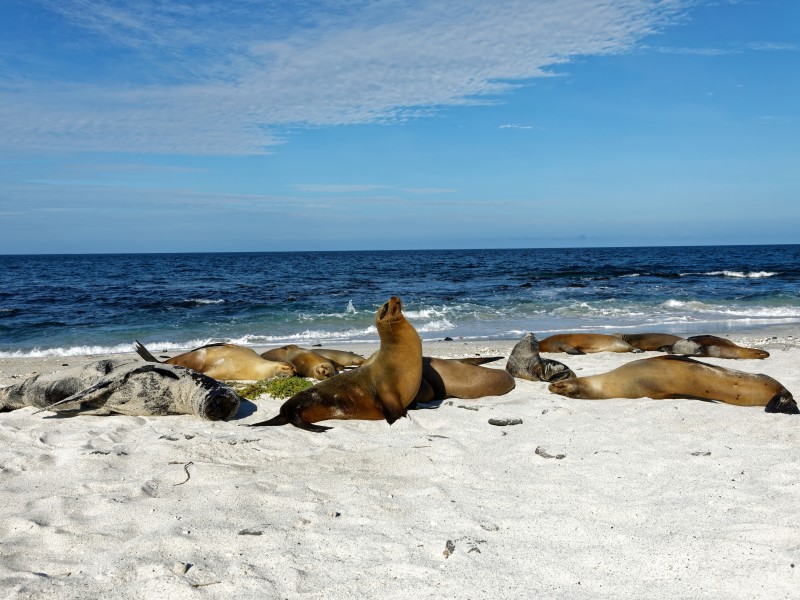 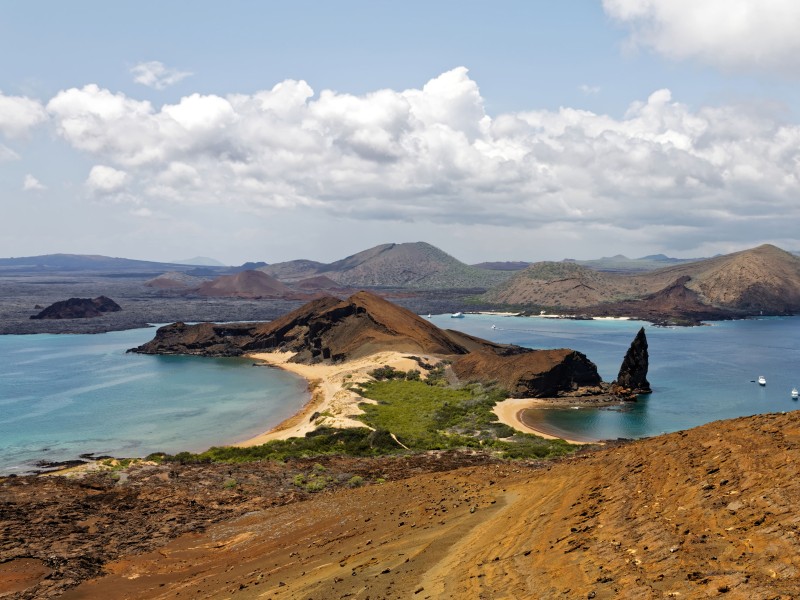 A guide meets you and accompanies you as you ride the bus to the Itabaca Channel, you cross the channel by barge and then you continue to Puerto Ayora by bus. You board the Yacht and the crew greets you and offers you a light snack and you have your first orientation.

Afternoon: At Charles Darwin Station, scientists from around the world research the many tortoise subspecies that are endemic to the Galapagos islands. The highlight of the research center is the breeding station, Fausto Llerena, where baby turtles take a training course over rocks, branches, and sandy stairs in preparation for their upcoming release into the wilderness.

Visitors leave the station with a stronger understanding of the tortoises, iguanas and much of the flora native to the islands. You'll be impressed by the tiny tortoises, often only the size of your hand, who will grow over the next 100 years to become as large as 400kg! You will board the yacht and you have a welcome cocktail with the entire crew, and dinner.

Morning: After breakfast, you make an early dry landing on Punta Suarez. Española is a geologically interesting island where you can explore the volcanic formations and spot a lot more of the Galapagos's unique fauna. Regular sightings include large sea lion colonies and flocks of seabirds, such as the Española mockingbird, the Nazca booby and the spectacular red-beaked tropicbird. There are also marine iguanas, lizards and Sally Lightfoot crabs.

Make a final stop to admire the dramatic topography of the famous Blow Hole, catapulting seawater an impressive 23 meters into the air. Return to the Yacht for lunch afterward.

Afternoon: Join the colony of sea lions on the beautiful white coral beach. From the shoreline, you can observe the Galapagos hawks, American oystercatchers, Galapagos doves, mockingbirds, gold-warblers, lava lizards, marine iguanas and three different types of Darwin finch! When snorkeling or diving, you have the opportunity to see the diverse underwater world of Gardner Island. Californian angelfish, neon fish, parrotfish, manta rays, and white-tip reef sharks all call these waters home.

Optional: time for those who would like to swim and/or snorkel. Return to the Yacht for dinner and your nightly orientation.

Morning: After breakfast, you make a wet landing on Punta Pitt in San Cristobal Island; the trail includes an olivine beach approximately 90 meters and a trail that ascends to the top of a volcanic tuff hill passing through several natural viewpoints. Punta Pitt is composed of volcanic tuff substrate. High winds present there have led to natural erosion. This is the only site in the Galapagos Islands, where you can watch the three species of boobies and 2 species of frigates nesting in the same area. You come aboard for a delicious lunch.

Morning: After breakfast, you make an early wet landing on Mosquera Island. Between the two islands, North Seymour and Baltra lies the small island Mosquera. The narrow island's coastline stretches out with white sand beaches, lava rocks, and tide pools. Created by Geological uplift, the island has a relatively flat landscape. Mosquera is a great place for snorkeling, strolling on the beach, and enjoying the animal life without the tourist crowds that are common on many of the more popular islands. This islet is home to a huge colony of resident sea lions and is also home to many shorebirds. You will come aboard for a delicious lunch.

Afternoon: In the afternoon, you make a panga ride on Black Turtle Cove. Black Turtle Cove is a red mangrove lagoon serving as a nursery for sharks and rays. Black Turtle Cove is a great location to observe mating sea turtles during nesting season. Travelers often see large groups of resting white-tip reef sharks, schools of golden rays and the incredibly beautiful spotted eagle rays. As the water is usually very calm, this area can be navigated using paddles instead of the loud panga engines, increasing your chances of wildlife encounters. You will board the Yacht for dinner and the first of your nightly orientations.

Morning: After breakfast, you make a wet landing on Chinese Hat (Sombrero Chino), a small island off the coast of Santiago Island. One of the most recognizable of the Galapagos Islands, Sombrero Chino's name means "Chinese Hat" and it's easy to see why: this islet off of Santiago is shaped like an old-fashioned Chinese hat, with its gently sloping cone rising out of the clear Galapagos water. It's one of the smallest Galapagos Islands but don't be fooled - it has a terrific visitor site with an unforgettable view! There is a short hiking trail on Chinese Hat that runs along the western coast of the islet. This is a harsh landscape of volcanic rubble and lava formations, a very atmospheric reminder of the fiery origins of the Galapagos. Along the coast of both Chinese Hat and the opposite Santiago shore, you are likely to see Galapagos Sea Lions and Galapagos Penguins, either basking in the sun or seeking shade to avoid the hottest time of the day. Overhead you might catch a glimpse of the magnificent Galapagos Hawk. The stand-out reason for a visit to Chinese Hat, however, is to snorkel in that turquoise channel. Here you can see various species of sharks, rays, and a variety of tropical fish. Not all Galapagos boats can visit, and permits are only given to a select few boats and guides. Return to the yacht for lunch.

You return to the Yacht for dinner and your nightly orientation.

Almost 100 years ago, lava flowed across the island and left behind various forms of soil: braided and stringy lava fields alternate with sharp-edged jagged formations. Feel the warm stones of the black, unreal lava landscape under your hands and move back to the time of origin, when volcanoes raged here, ultimately creating a paradise. Return to the yacht for lunch.

You will return to the yacht for a delicious dinner and your nightly orientation.

Morning: Upon arrival at the white sand beach, you will be greeted by a large colony of sea lions. A trail leads you from the beach into a forest of prickly pears and Palo Santo trees. It is not rare to spot Galapagos hawks and even owls in the salt bushes. Even harmless snakes and the endemic rice rat can be discovered with a little luck while exploring the island. Arguably the most special, however, is the Santa Fé iguana. This species differs from its peers due to its significantly lighter color and distinct dorsal spines. Return to the yacht for lunch.

Morning: After breakfast you make an early disembark on Las Bachas Beach. On the north side of Santa Cruz, you will land on Las Bachas Beach - one of the most important nesting sites for the Galapagos Island's sea turtle population.

You return to the Yacht for disembarking on the pier at 09:00.