Cruise on the catamaran through the islands of Genovesa, Plaza Sur, Santa Fe and Santa Cruz. 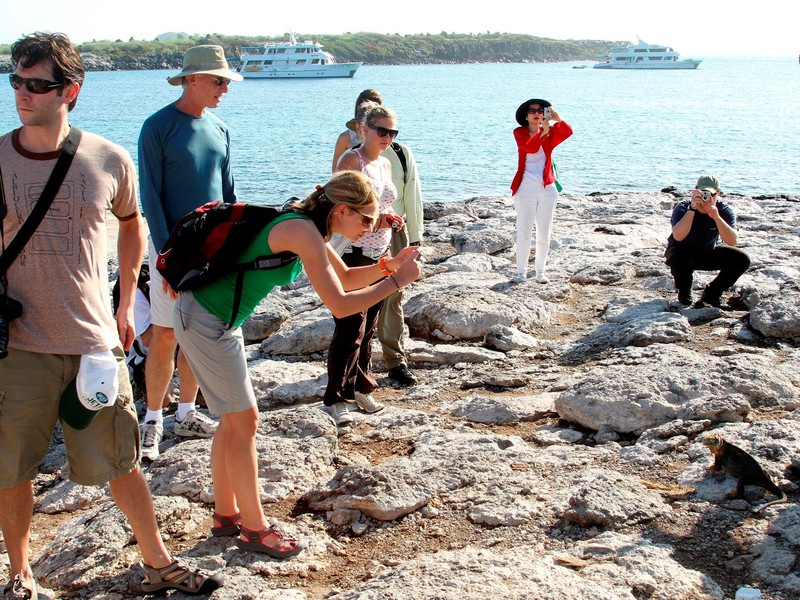 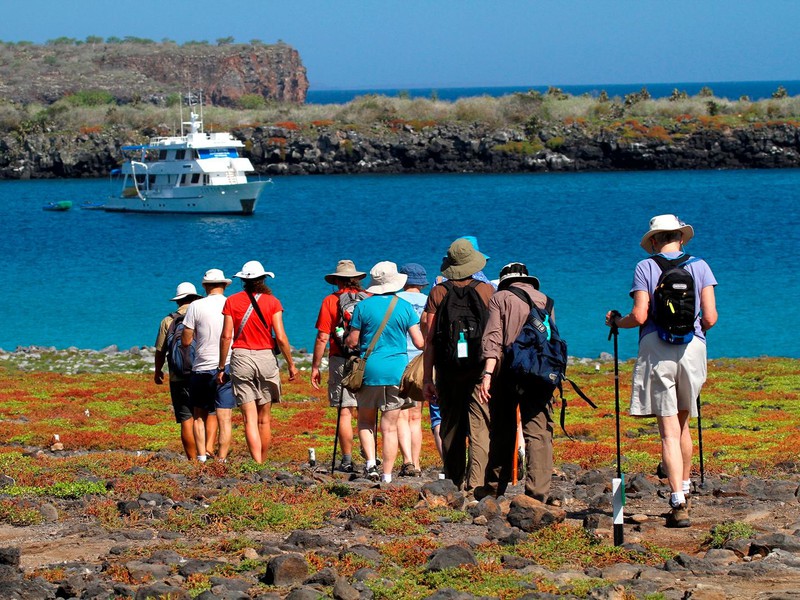 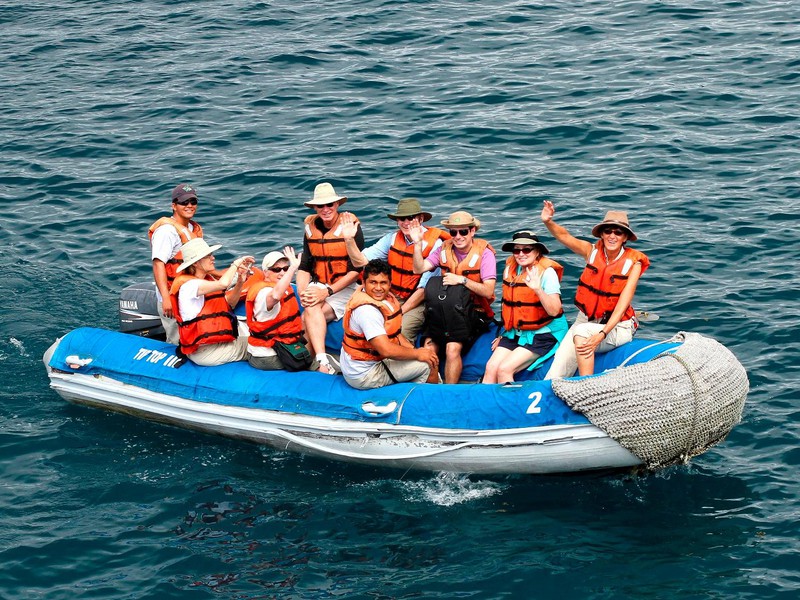 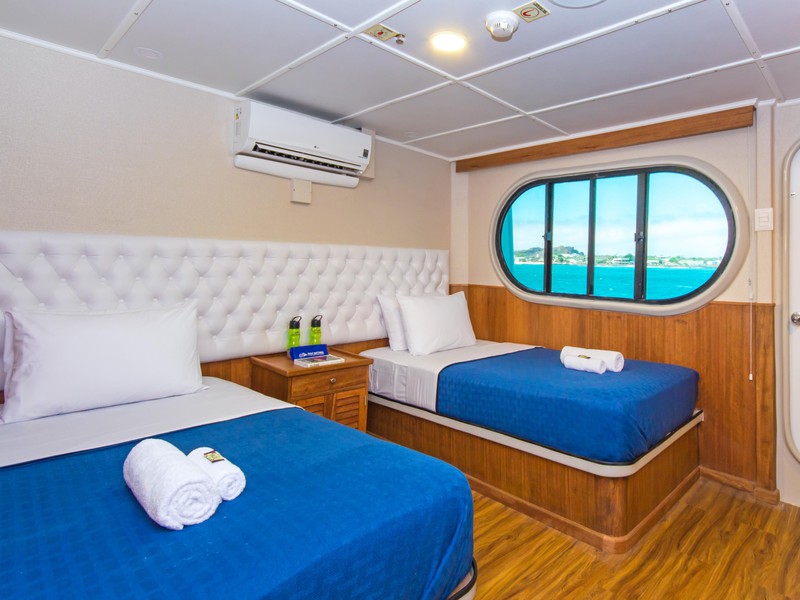 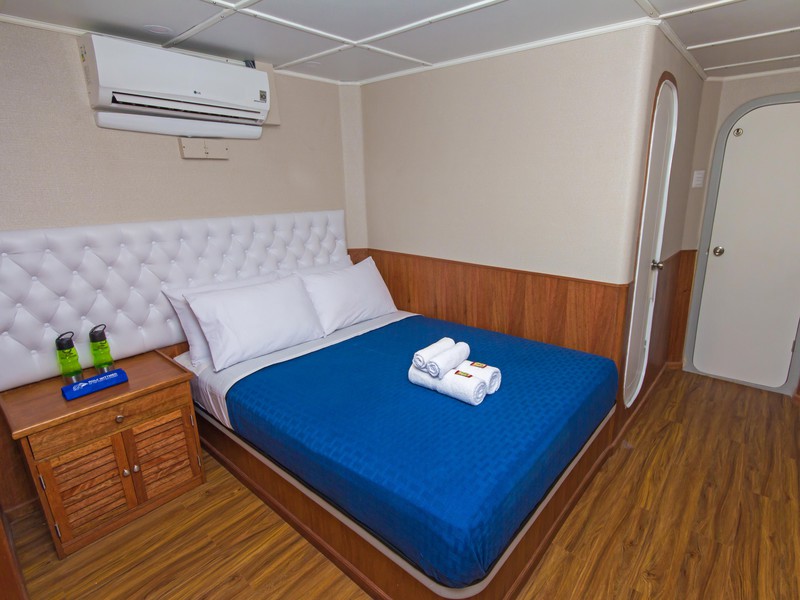 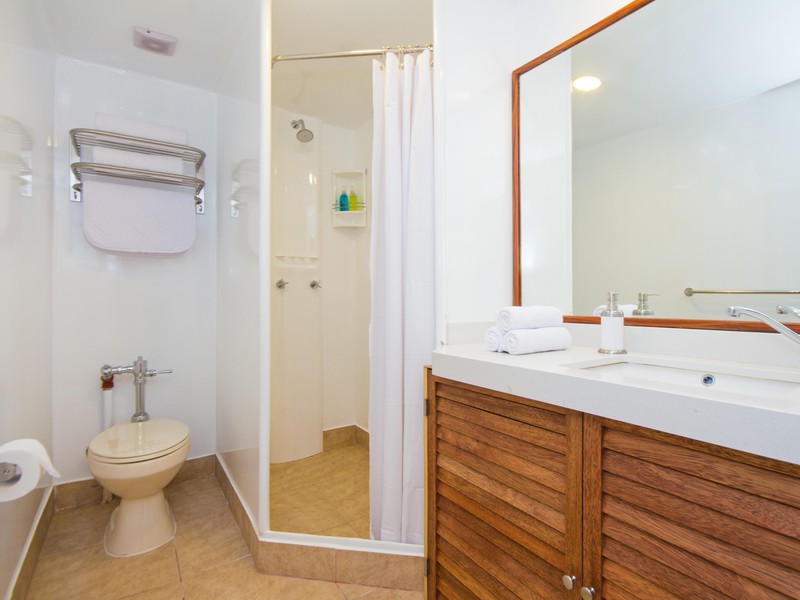 Your guide will meet you at arrivals gate and the crew will take care of your luggage. Your guide will conduct you to a bus and after a short 5-kilometer ride to the pier; you board the Catamaran immediately. As the crew weighs anchor, you will be greeted with your first orientation and offered a light snack.

In the evening you will learn about the Galapagos Islands in general: their origin and evolution. Afterwards, enjoy a welcome cocktail with the entire crew and sit down for dinner.

Dinner will be served on the catamaran, where you will also learn more about the conservation efforts in the islands.

Lunch is served back on the catamaran.

Dinner is served back on the catamaran.