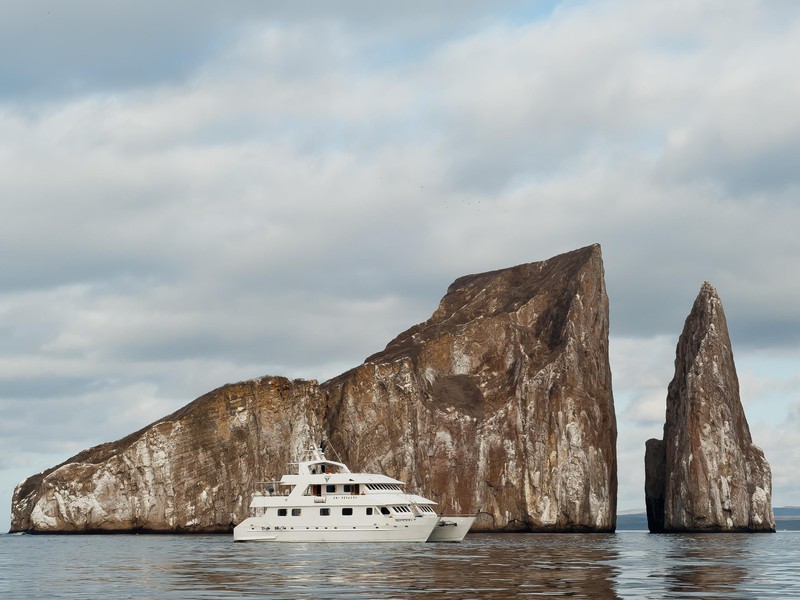 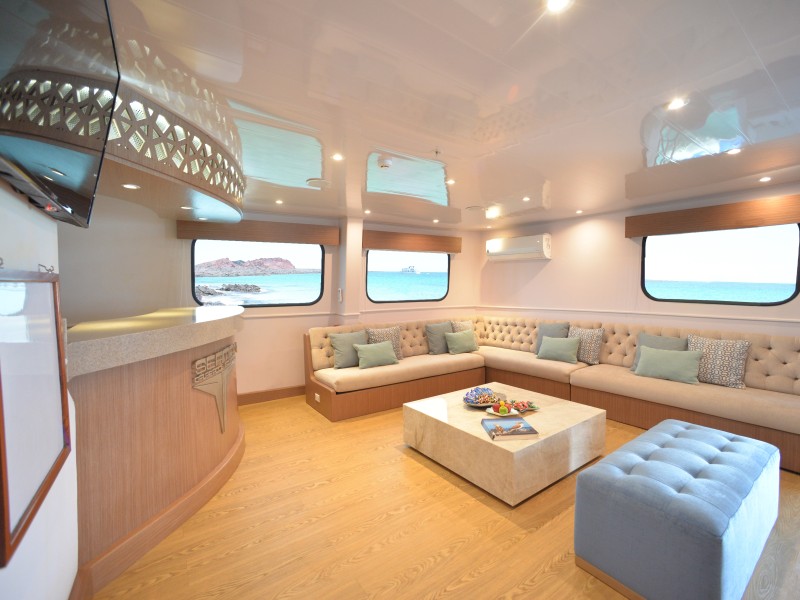 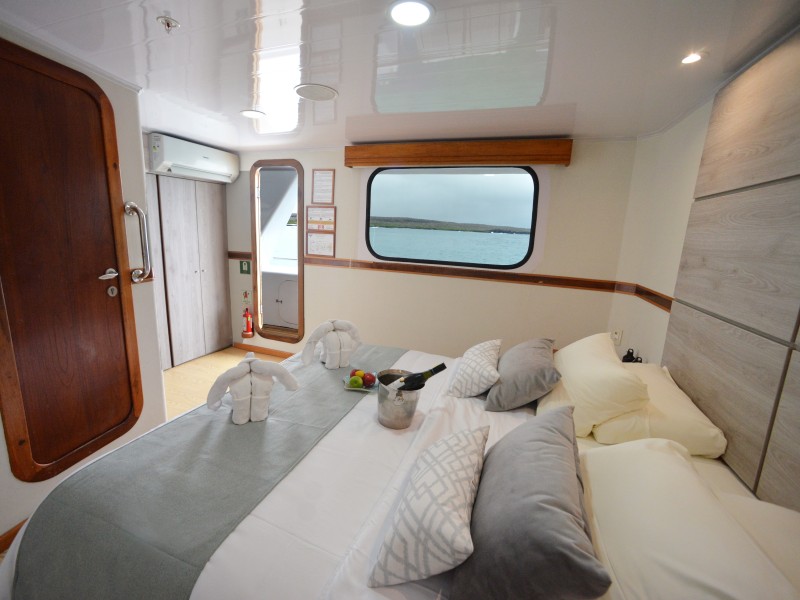 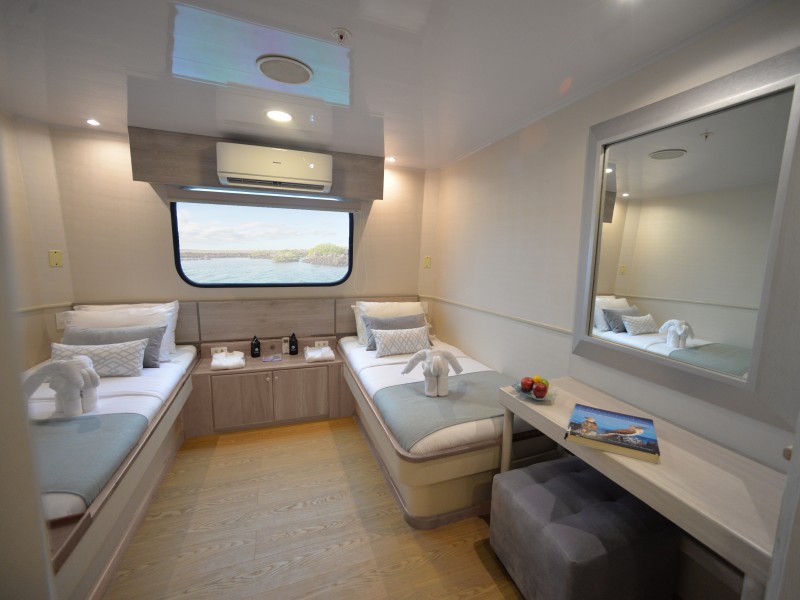 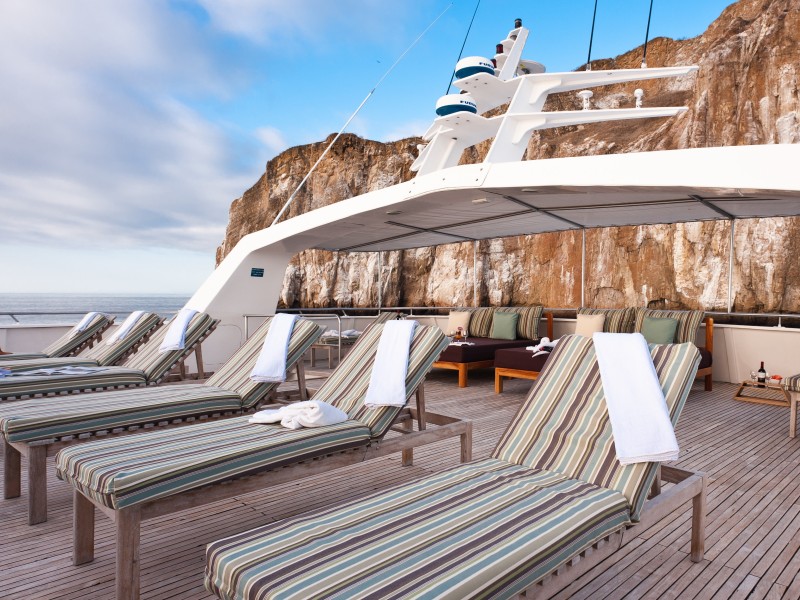 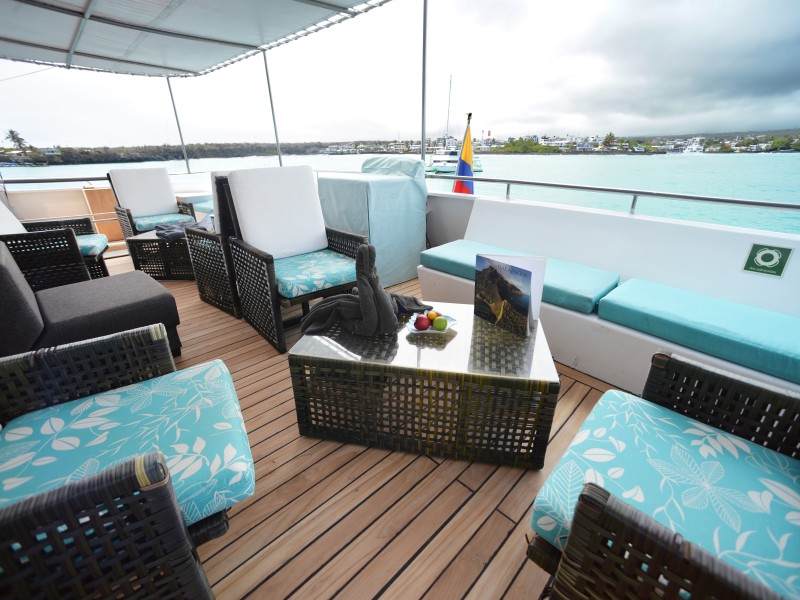 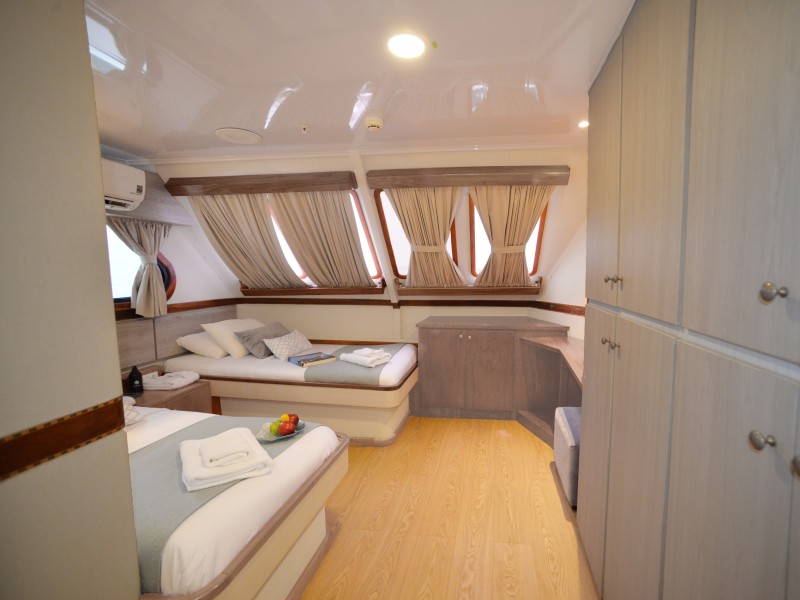 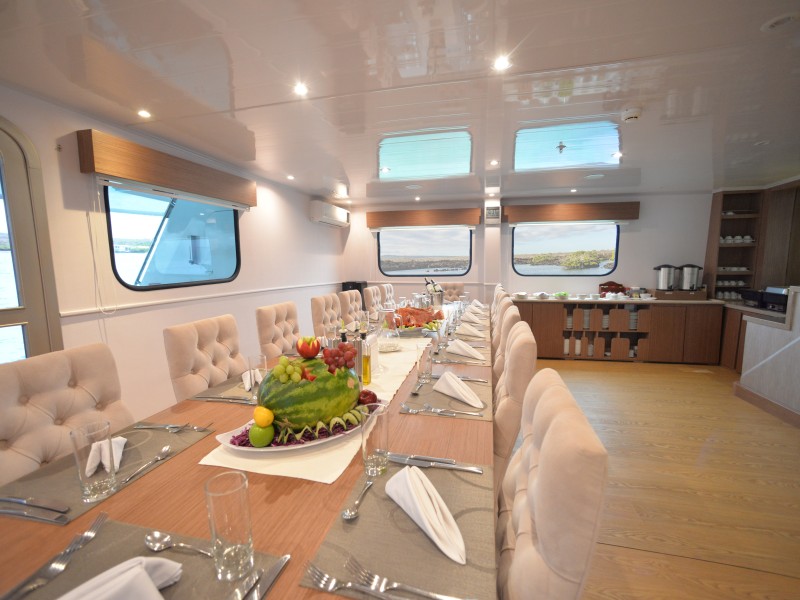 Arrive at the Baltra Island airport and transfer to the ship. Here you'll receive a brief introduction to the ship and the islands.

Afternoon: In comparison to the dry, low part of the island, the densely forested highlands create a beautiful contrast. The dominant plant species of the highlands are the Scalesia forests, which give the highlands a luscious green. Pay a visit to the underground lava tunnels for an almost unreal experience.

Afternoon: Punta Moreno is located on the west coast of Isabela Island. Ornithophiles will be delighted by the variety of birds along the impressive rocky coast or during a hike through the lava rocks to the tide pools and mangrove forests. The tide pools regularly attract green sea turtles and white tip sharks.

Morning: Today you head to Fernandina, the westernmost and youngest island of the archipelago. In the midst of a cactus and mangrove-covered lava landscape, you will find visitor's site Punta Espinoza. Sea lions and hundreds of marine iguanas sun themselves on the black lava rocks and on the beach. When snorkeling, you might come close to the resident penguins whizzing through the water at lightning speed.

Morning: Espumilla Beach is famous for its marine iguanas and Sally Lightfoot crabs. The crabs attract hunting herons, who can be seen here performing their hunter-prey dance. In the waters here you can find octopus, moray eels and sharks.

Buccaneer Cove was once a haven for British buccaneers. These pirates most likely took a break here in the sheltered bay to make repairs and replenish their turtle meat stock. Furthermore, the steep cliffs, where hundreds of sea birds settle on the dark red sand beach, are an impressive place.

Afternoon: Sombero Chino was named by locals for its shape, resembling the outline of a Chinese hat. Since the management of the National Park restricted the number of visitors, rare creatures of the Galapagos Islands can once again be seen up close.

Morning: In the east of the island of Santiago you reach the white coral beach of Sullivan Bay. Almost 100 years ago, lava flowed across the island, leaving behind various forms of soil: braided and stringy lava fields alternate with sharp-edged jagged formations. Feel the warm stones of the black, alienesque lava landscape and move back to the time of origin, when volcanoes raged here, ultimately creating a paradise.

Afternoon: The island of Bartolomé in the northern part of the archipelago was nominated for the "World Travel Awards 2012" as the most beautiful beach in South America. Not only for its beautiful white sand beach, but also the Pinnacle Rock, a rock formation that is especially interesting for photographers. While you're here, we recommend seeing the black lava fields patrolled by resident lava iguanas, the million-year-old tuff formations and the view from the summit of the island. If you go snorkelling, you can meet penguins and sea turtles.