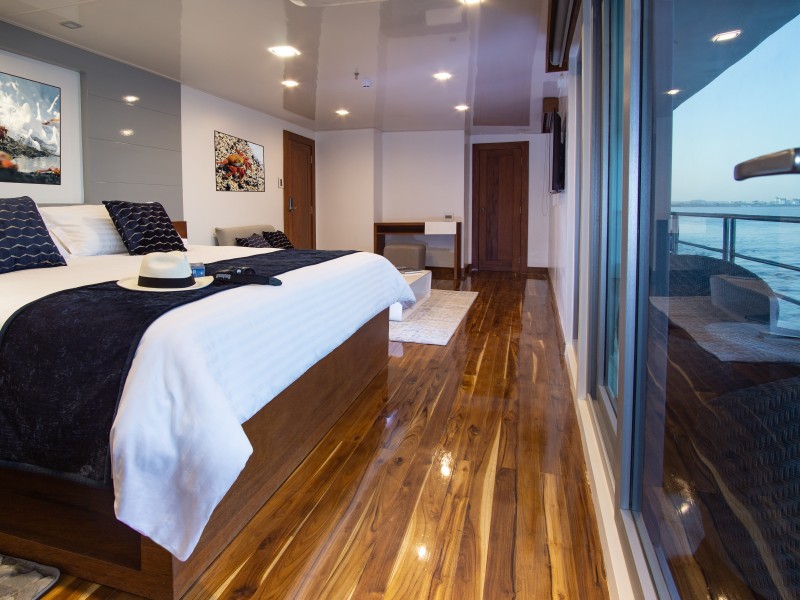 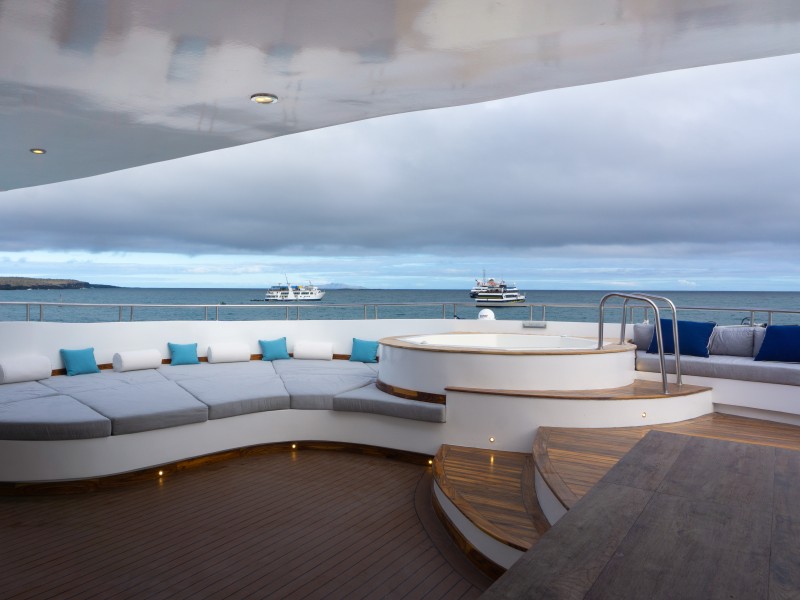 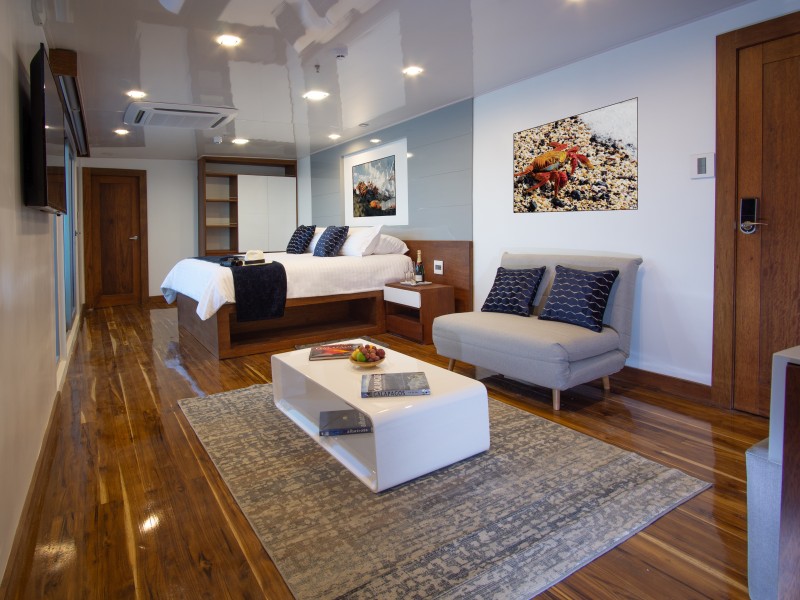 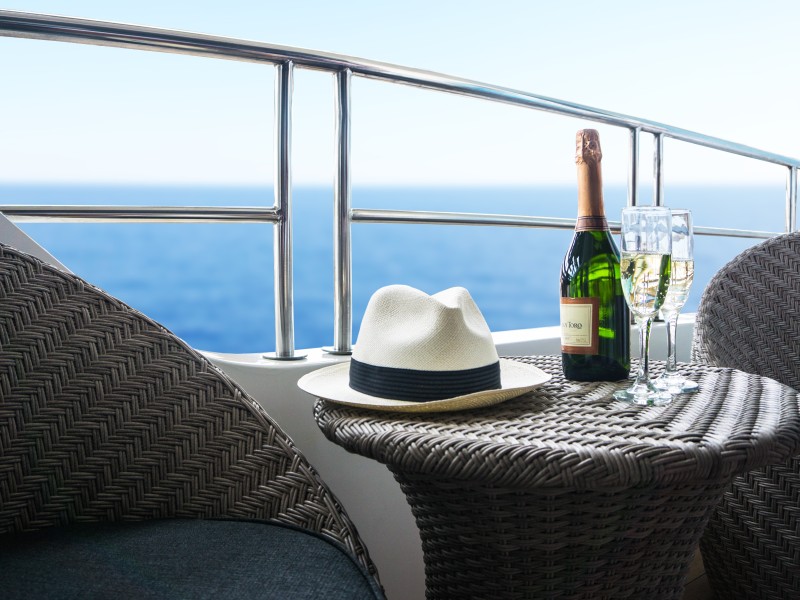 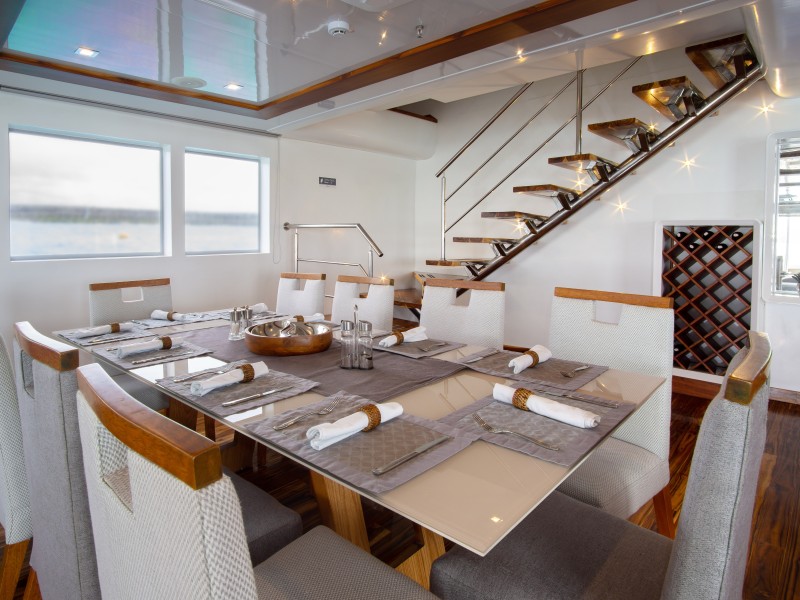 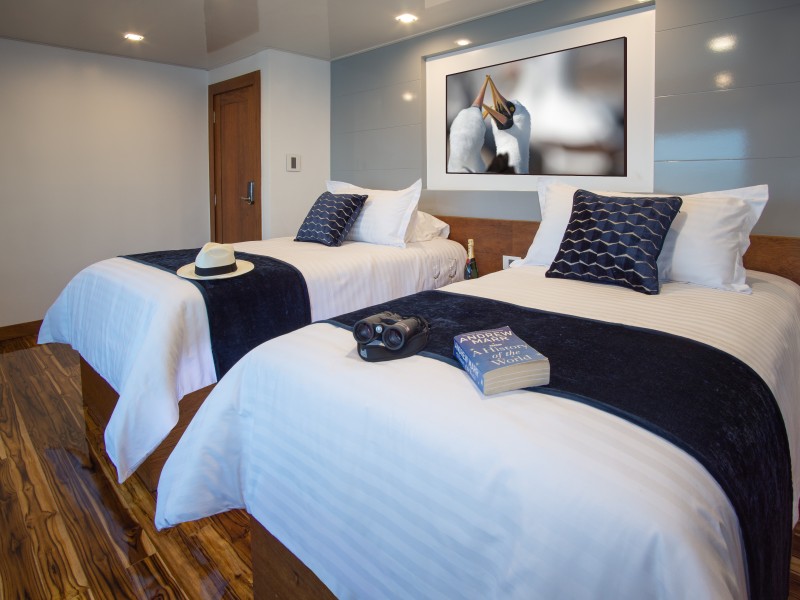 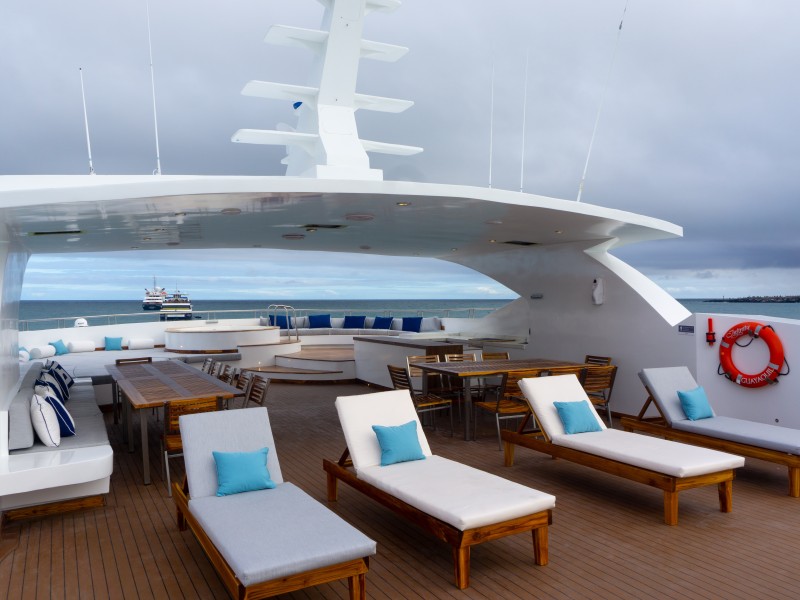 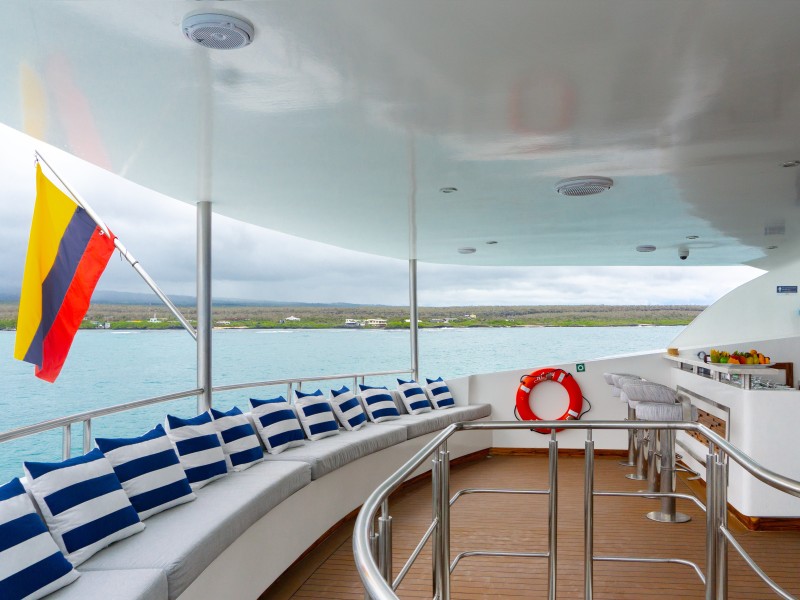 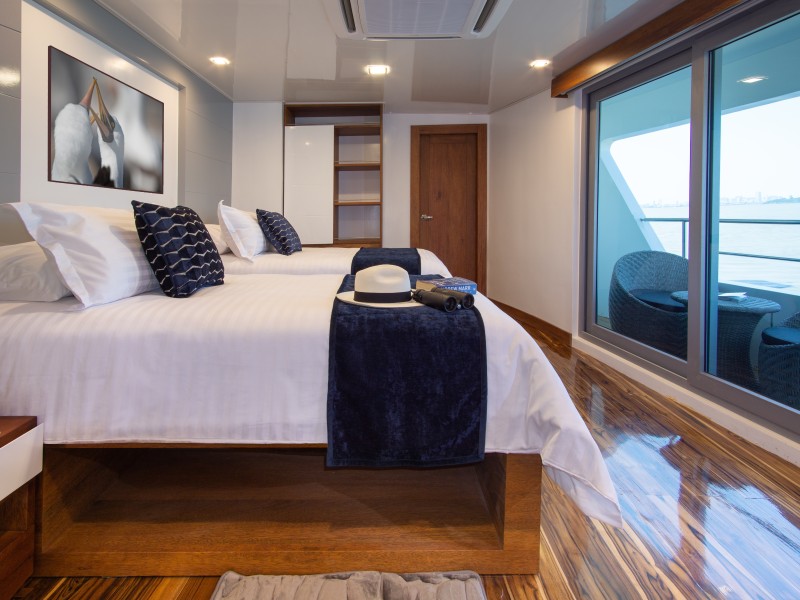 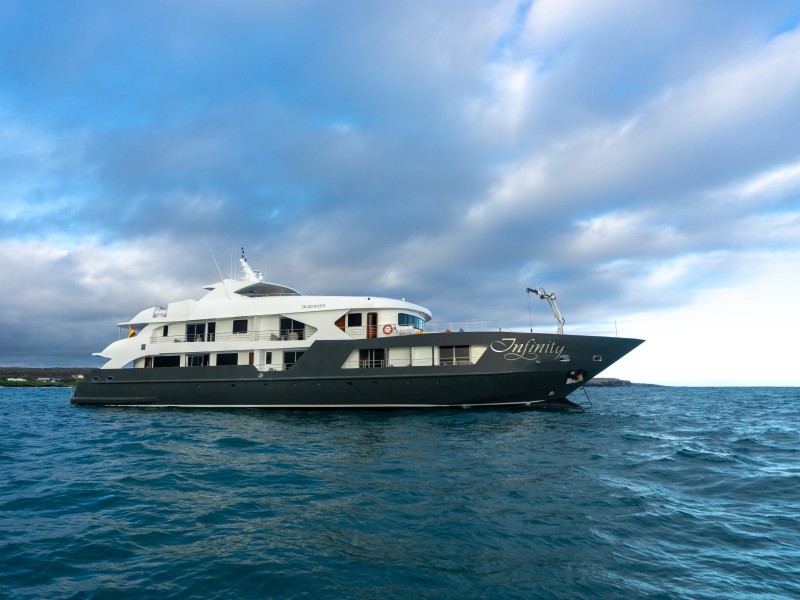 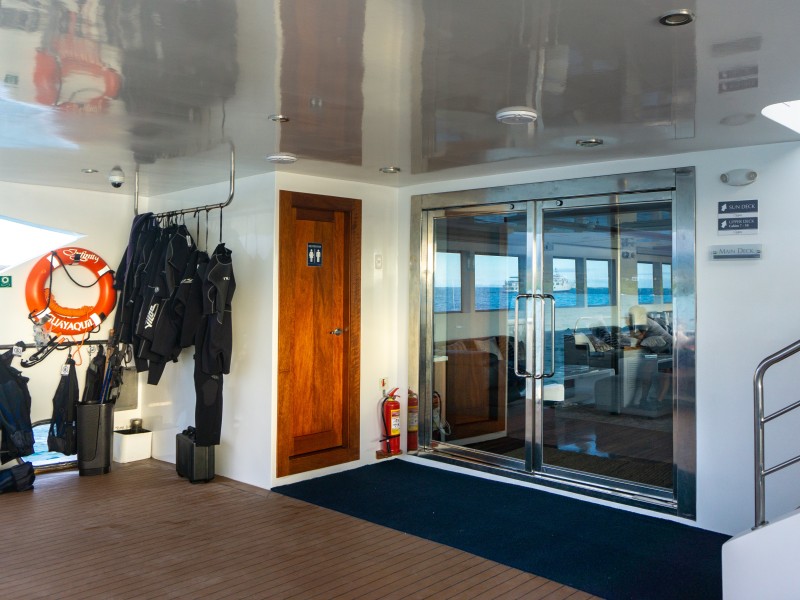 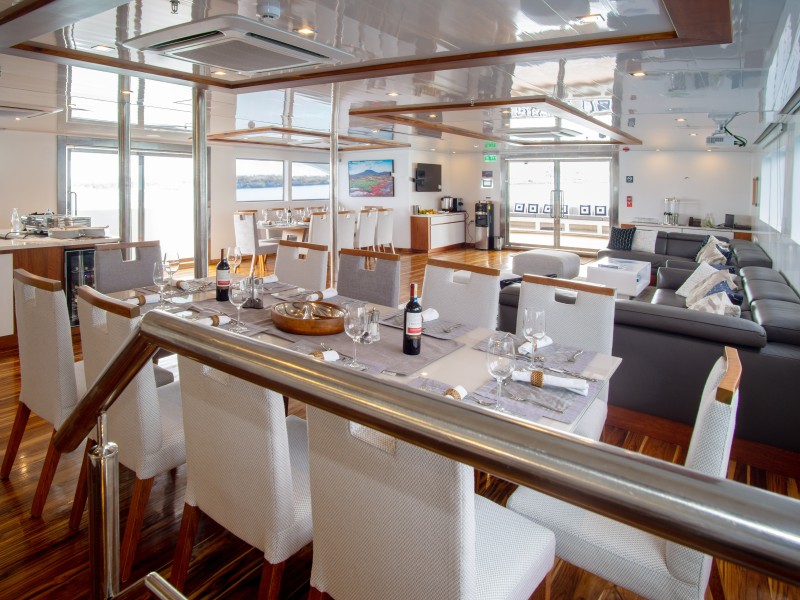 In the afternoon you will visit the Black Turtle Cove in the northern part of Santa Cruz Island. This quiet bay is completely surrounded by mangroves and can only be reached by dinghy. The shallow waters of the bay are a safe haven for young sea creatures. Black tip reef sharks, white tip reef sharks, sea turtles and numerous rays are frequently observed here.

A short walk along the promenade of Puerto Ayora will bring you to the breeding station Fausto Llerena, at the Charles Darwin station. Since March 2017, the Fausto Llerena hatchery is home to the embalmed tortoise Lonesome George, who became the symbol of the Galapagos Islands. Lonesome George was the last surviving member of the Pinta Island Tortoise species and for a long time, was known as the rarest animal on earth. On the "Ruta de las Tortugas" you will learn about the history of tortoises in Galapagos and then visit the breeding station. Here, tortoises eggs are incubated and the hatchlings spend the first 5 years of their life in protection as they are prepared for their release into the wild. Visitors leave with a stronger understanding of species conservation as well as the Galapagos Islands themselves.

On the north side of Santa Cruz, you will land on Bachas beach - one of the most important nesting sites for the Galapagos Island's sea turtle population.

Join the colony of sea lions on the beautiful white coral beach. From the shoreline, you can observe the Galapagos hawks, American oystercatchers, Galapagos doves, mockingbirds, gold-warblers, lava lizards, marine iguanas and three different types of Darwin finch! When snorkeling or diving, you have the opportunity to see the diverse underwater world of Gardner Island. Californian angelfish, neon fish, parrotfish, manta rays and white tip reef sharks all call these waters home. Afterwards, visit Osborn Island for a stroll along a beautiful, white sand beach, again covered in sunbathing sea lions. If you choose not to sunbathe with the locals, you might prefer to swim or snorkel here.

Transfer to the San Cristóbal harbour

Transfer to the San Cristóbal Airport in time for your return flight to Mainland Ecuador or continue your individual Galapagos program.