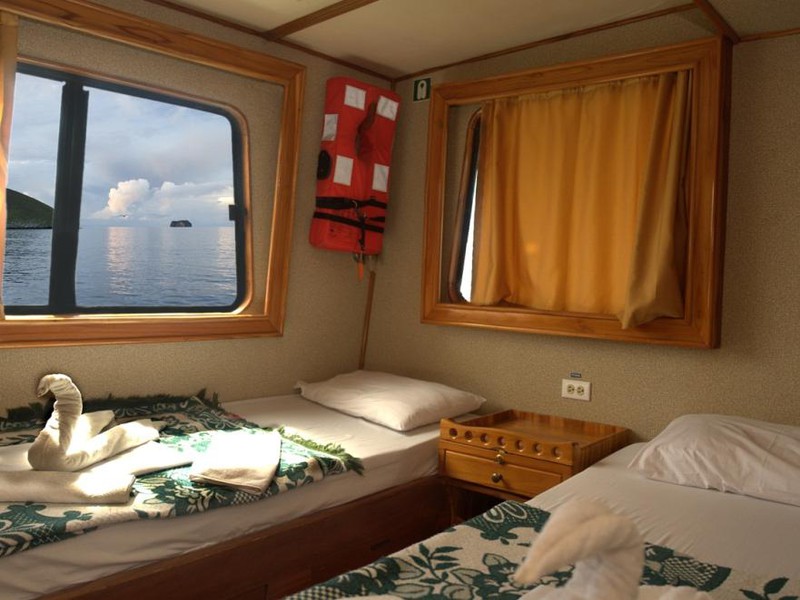 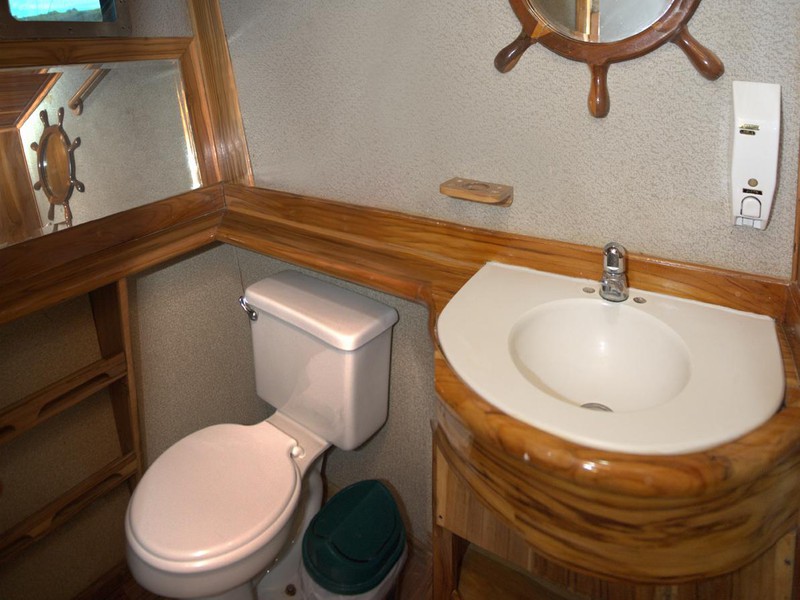 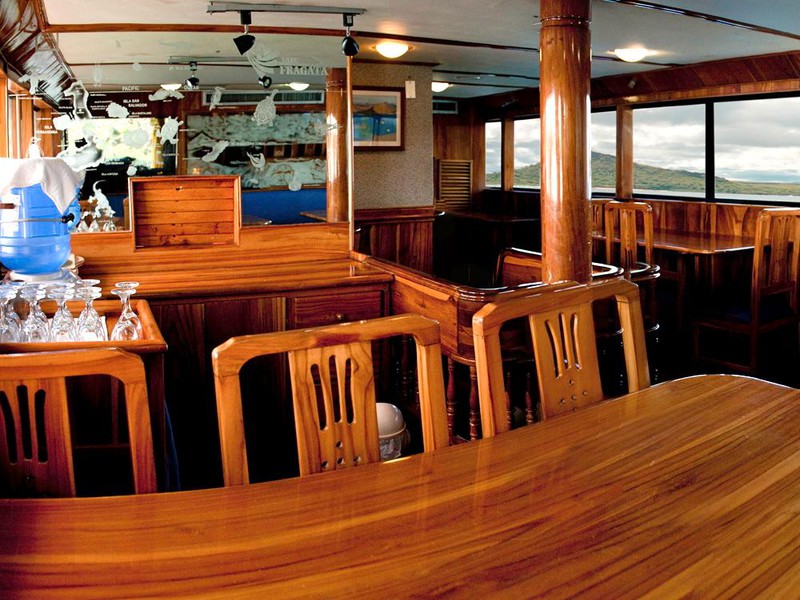 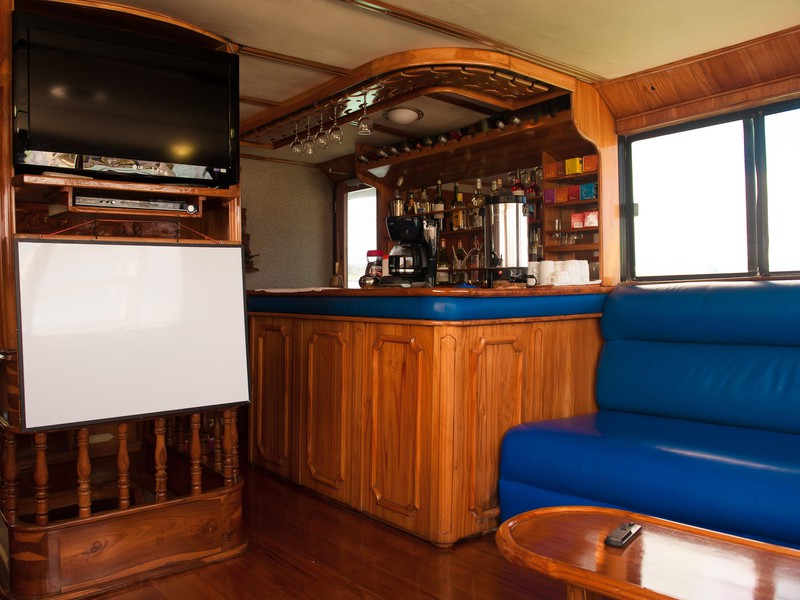 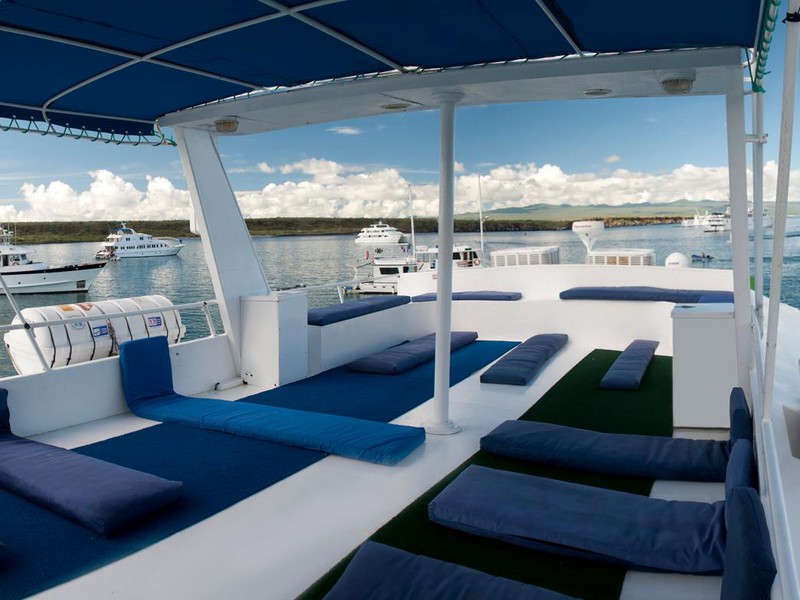 After arrival at Baltra Airport, transfer to the harbour to board the yacht. You will receive a welcome and safety briefing.

Afternoon: Colonies of sea lions, land iguanas, fork-tailed seagulls, terns and petrels are observed. A trail leading into the heart of the island takes you to a forest of giant cactus and palo santo trees. After this visit on land, you can swim and snorkel. Wet landing. Briefing and dinner on board.

Please Note: The Galapagos National Park has placed a temporary ban on swimming, snorkeling or diving in the waters around Santa Fé. Rest assured, your tour operator will substitute it with something equally fantastic!

Morning: An impressive rock formation towering 150 meters above the Pacific Ocean, León Dormido (aka Kicker Rock) hosts a tropical underwater playground in the narrow channel between the two rocks. From a distance, locals thought they saw a sleeping lion in the rock formation, while, from the other direction, the British saw a boot. Whether a lion or a boot, the tropical birds at home on León Dormido don't seem to mind. Blue-footed boobies, red-billed tropicbirds, and frigatebirds regularly enchant visitors with their daring flight maneuvers, as they hunt and socialise around this ancient volcanic cone. In the 19 meters between the surface and the seabed, León Dormido offers snorkelers and divers a dazzling array of sealife. White tip reef sharks, Galapagos sharks and even hammerhead sharks are often seen darting between spotted eagle rays and sea turtles.

Your cruise will end in the harbour of Baltra. You will either transfer to Baltra Airport for your return flight to the mainland or continue your Galapagos journey.