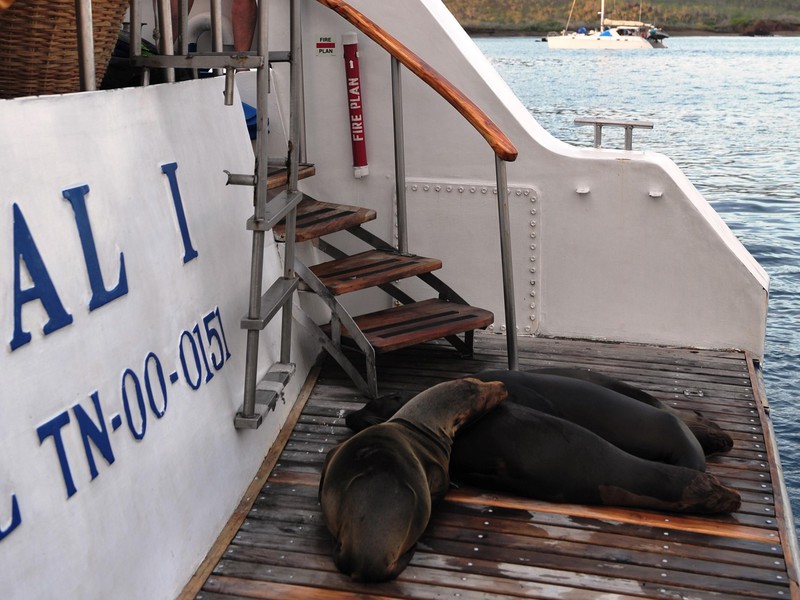 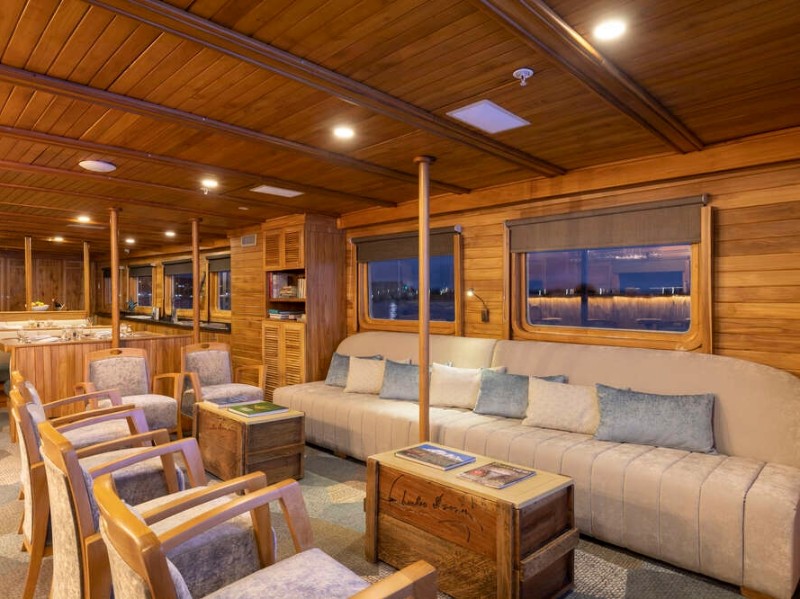 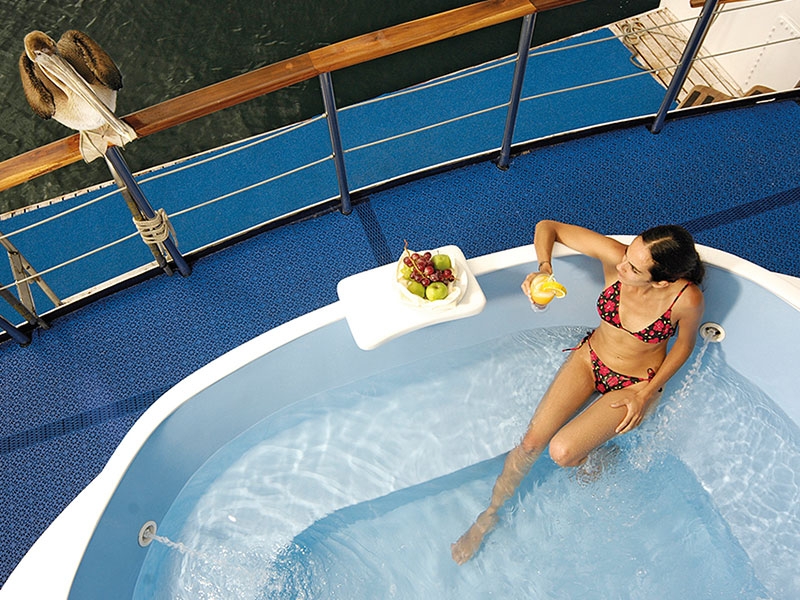 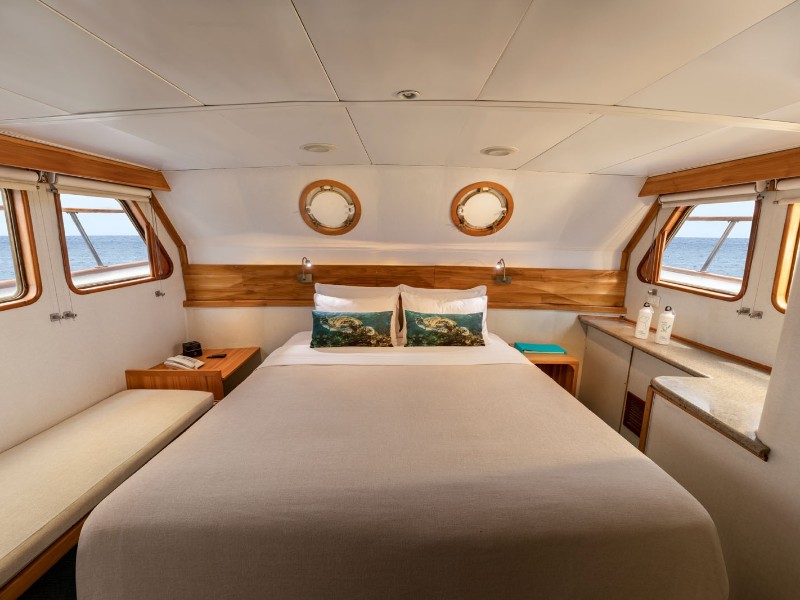 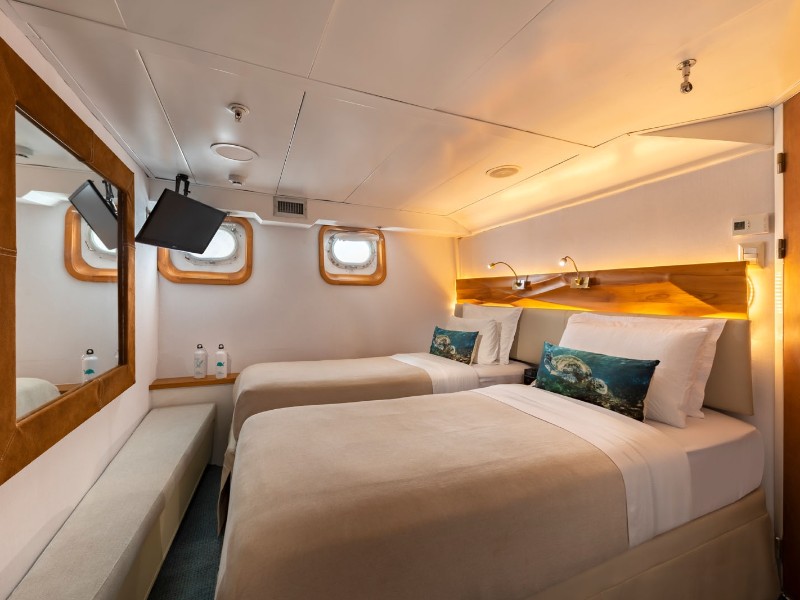 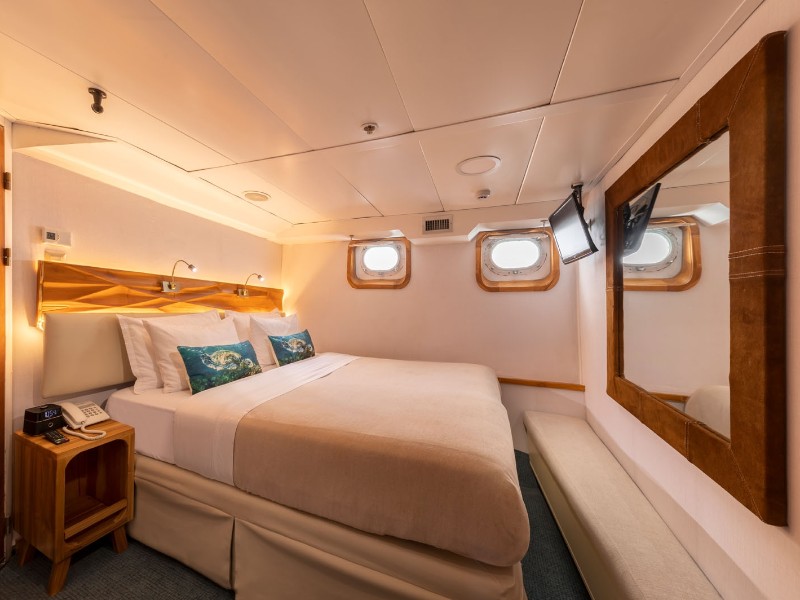 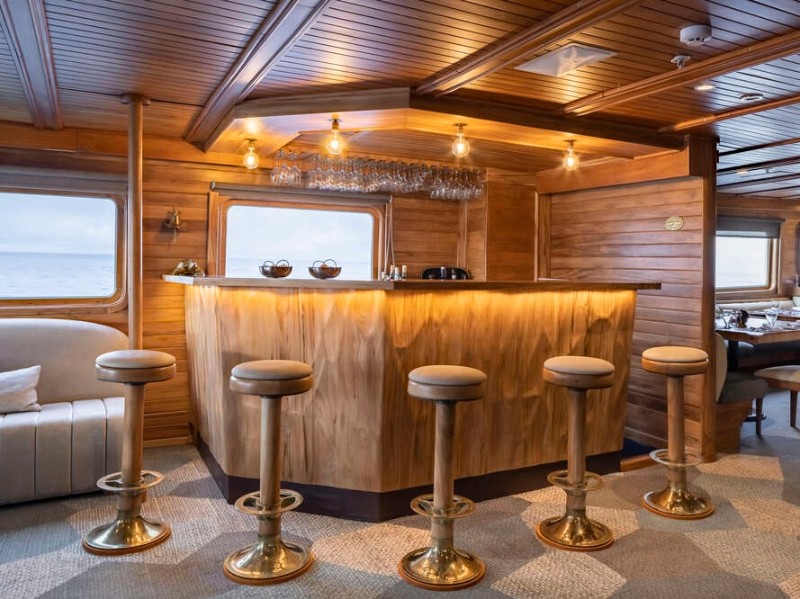 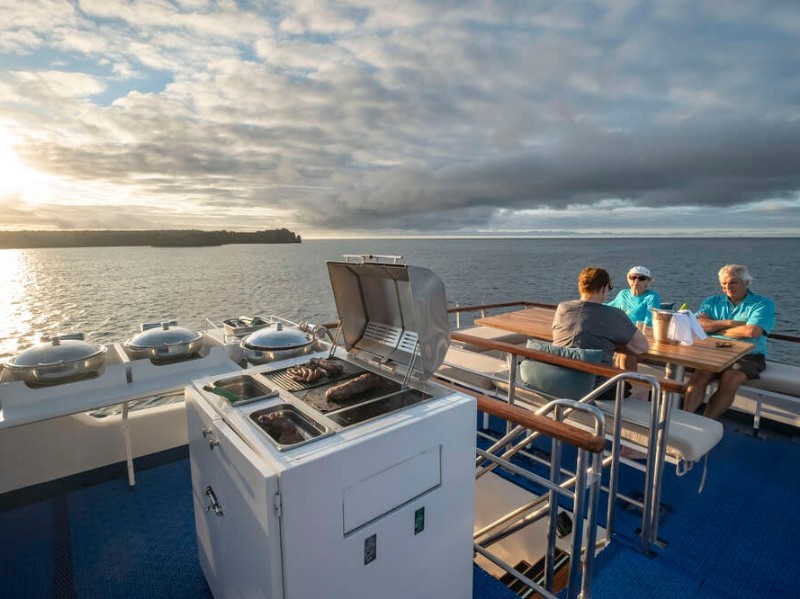 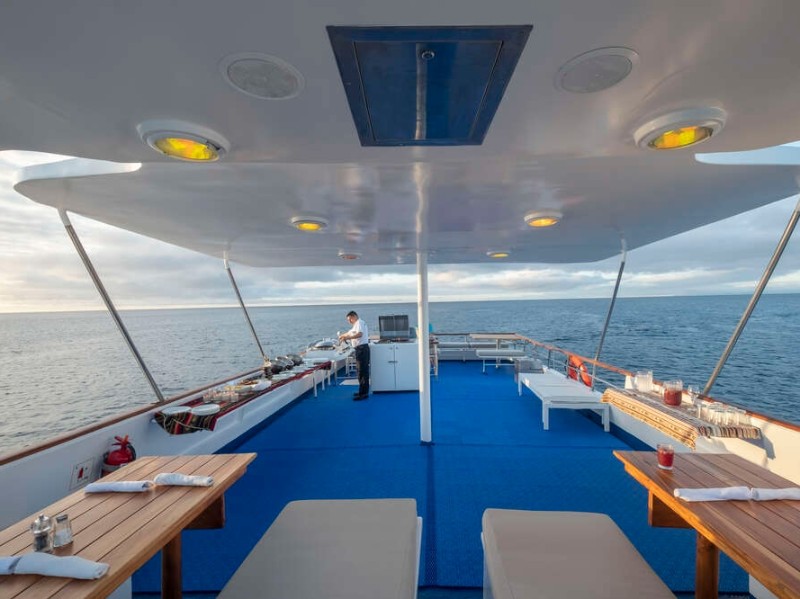 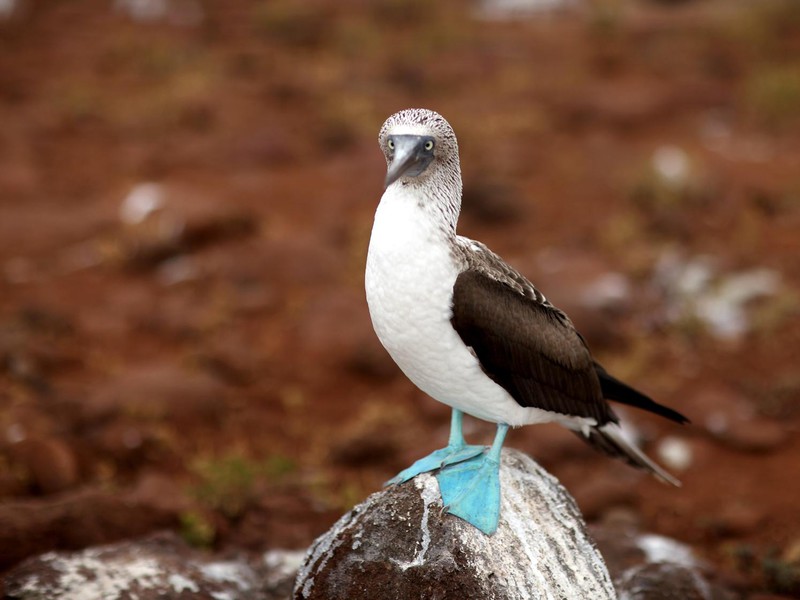 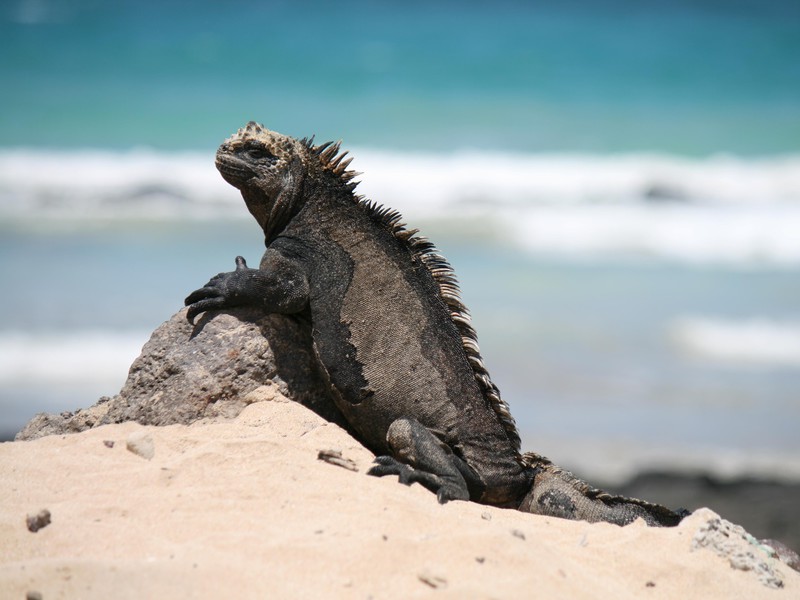 After arrival at the Baltra Airport, transfer to the harbour to board your ship

Afternoon: Genovesa Island is secluded from the other main islands in the north of the archipelago and is well-known as the Bird Island. Emerging from the narrow entrance, you'll reach Darwin Bay, surrounded by protective cliffs. Frigatebirds regularly patrol the skies here and petrels can be seen hunting coastal waters for smaller fish. The green water in the bay is evidence of a high plankton content which attracts fish and seabirds, making this wildlife-rich bay a wonderful site for snorkeling. With some luck, you may also encounter peaceful hammerheads and black spotted stingrays.

Morning: Black Turtle Cove is a red mangrove lagoon serving as a nursery for sharks and rays. This is a great location to observe mating sea turtles during nesting season, and travellers often see large groups of resting white-tip reef sharks, schools of golden rays and the incredibly beautiful spotted eagle rays. As the water is usually very calm, this area can be navigated using paddles instead of the loud panga engines, increasing your chances of wildlife encounters.

Transfer to Baltra airport in time for your return flight to Guayaquil or Quito.