With the yacht to the islands of San Cristóbal, Española, Genovesa, Santiago, Bartolomé and Santa Cruz 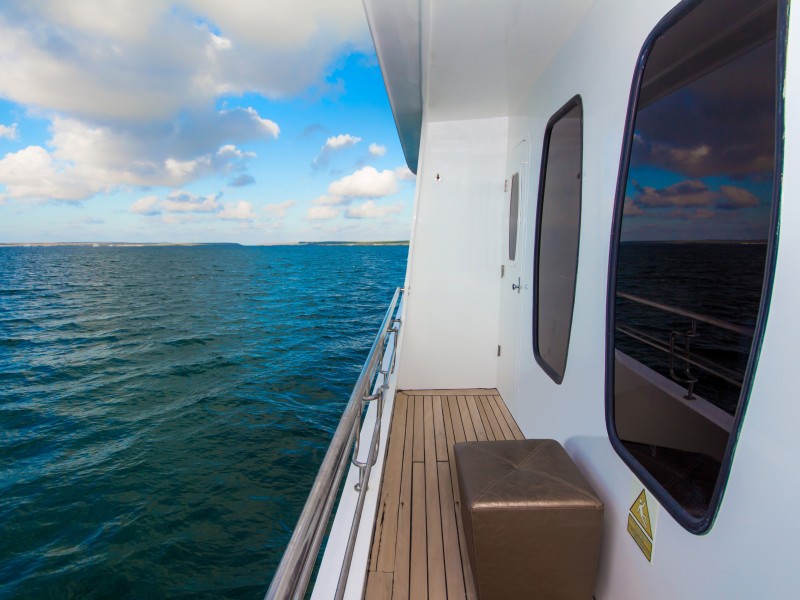 Balcony on the Alya 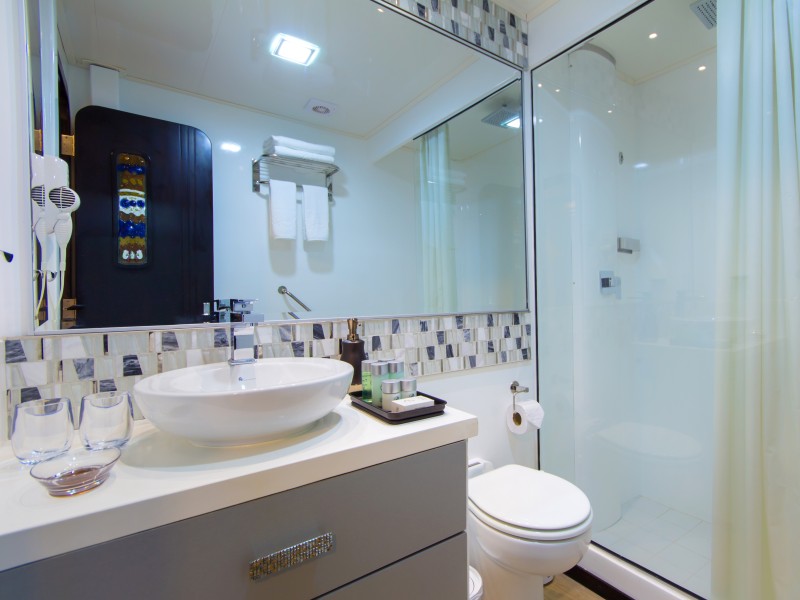 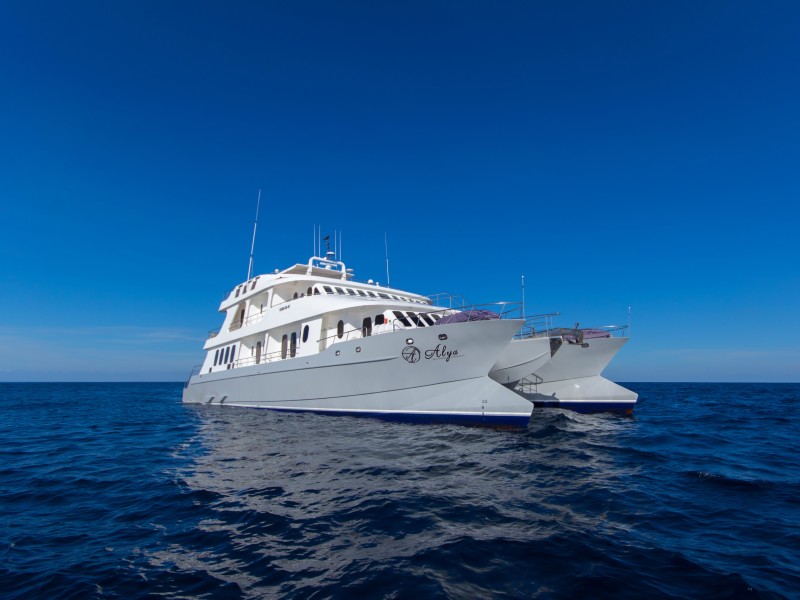 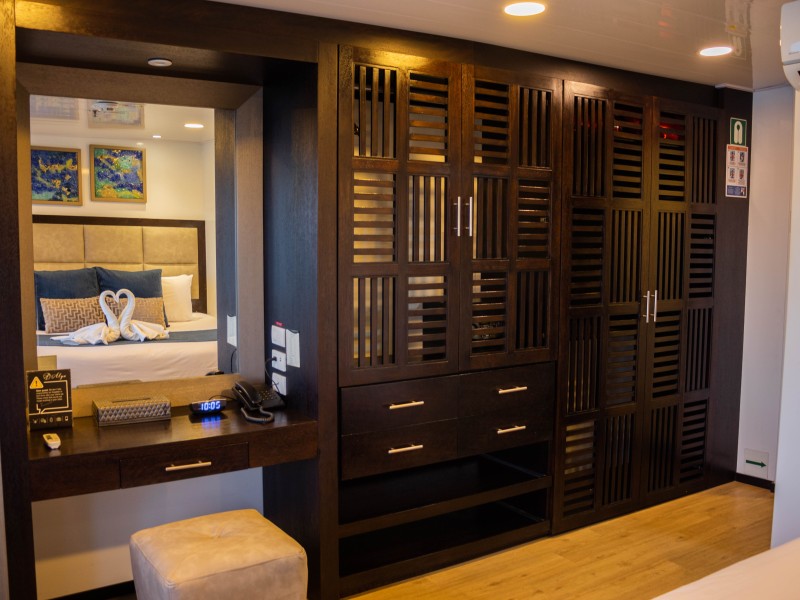 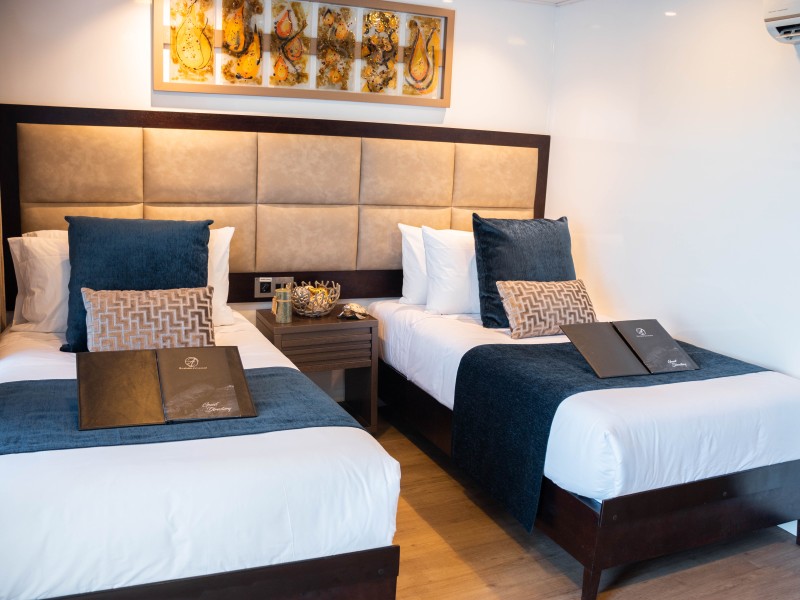 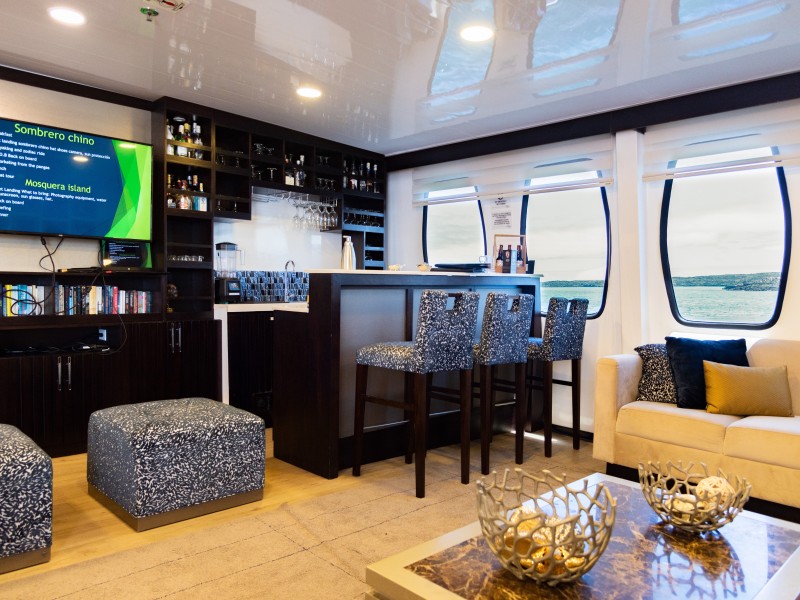 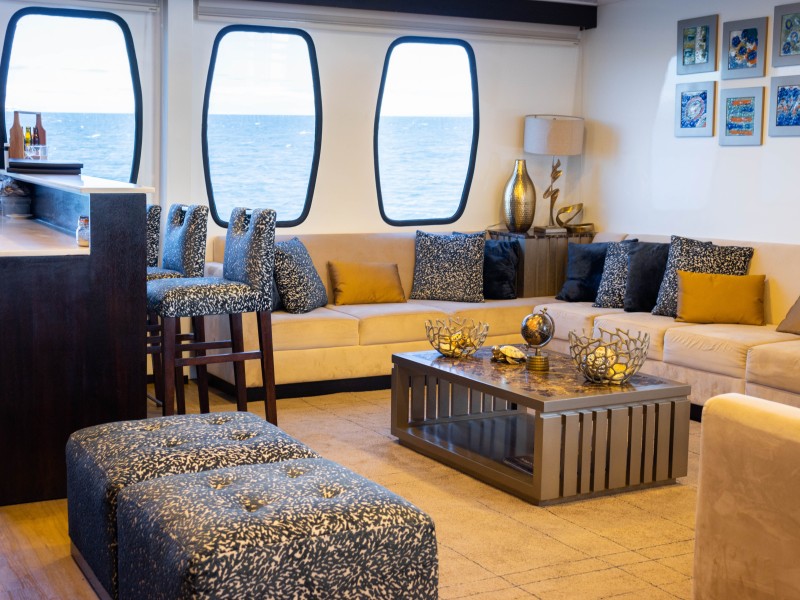 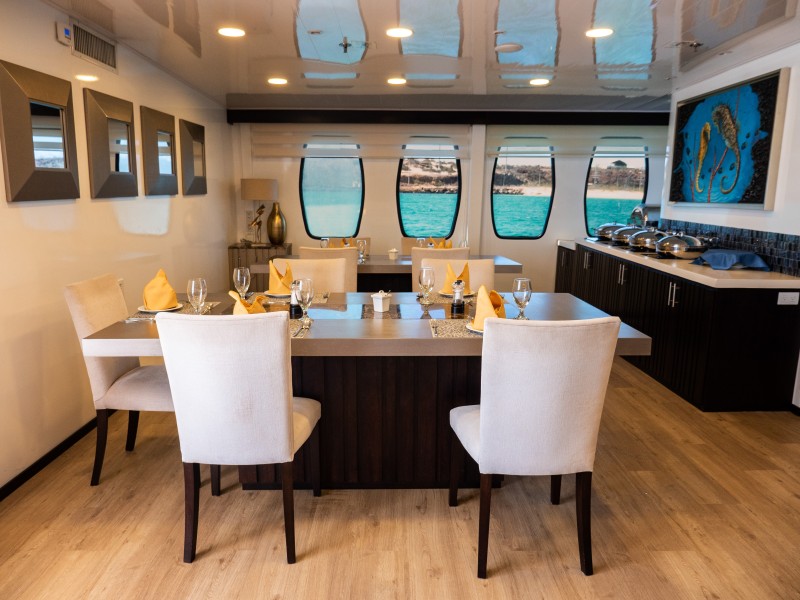 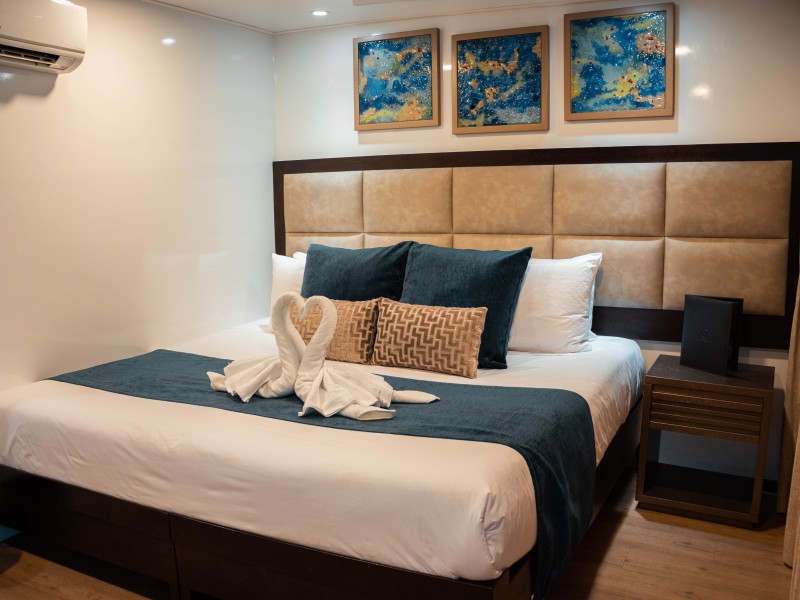 Boarding the Alya and a stop at North Seymour island

The Alya crew will welcome you on board and provide you with a briefing of what to expect for the following days. Afterward, a stop at North Seymour Island will be made. The small island of North Seymour is one of the most diverse islands in the Galapagos archipelago. It is only about two square kilometers in size and above all known for of the intensive courtship rituals of many magnificent frigatebirds, taking place here during mating season. The island is also home to large colonies of land iguanas, marine iguanas and sea lions. The characteristic bush landscape features diverse species of animals amongst the aromatic endemic balsa trees.

Afternoon: Upon arrival at the white sand beach, you will be greeted by a large colony of sea lions. A trail leads you from the beach into a forest of prickly pears and Palo Santo trees. It is not rare to spot Galapagos hawks and even owls in the salt bushes. Even harmless snakes and the endemic rice rat can be discovered with a little luck while exploring the island. Arguably the most special, however, is the Santa Fé iguana. This species differs from its peers due to its significantly lighter color and distinct dorsal spines. After this activity, you will head back to Alya for your dinner.

Morning: The National Park Interpretation Center, located in San Cristóbal, was built in collaboration with the Spanish Science Center. The tour offered by the Center for Interpretation's staff gives guests a good overview of the Galapagos Islands. The tour takes us through the history of the islands in the context of nature, humankind, and conservation. It also tells the story of the first settlers on the islands. Lunch will be served onboard the Alya after this activity.

Afternoon: An impressive rock formation towering 150 meters above the Pacific Ocean, León Dormido (aka Kicker Rock) hosts a tropical underwater playground in the narrow channel between the two rocks. From a distance, locals thought they saw a sleeping lion in the rock formation, while, from the other direction, the British saw a boot. Whether a lion or a boot, the tropical birds at home on León Dormido don't seem to mind. Blue-footed boobies, red-billed tropicbirds, and frigatebirds regularly enchant visitors with their daring flight manoeuvres, as they hunt and socialise around this ancient volcanic cone. In the 19 meters between the surface and the seabed, León Dormido offers snorkelers and divers a dazzling array of sea life. Whitetip reef sharks, Galapagos sharks, and even hammerhead sharks are often seen darting between spotted eagle rays and sea turtles.

Morning: Join the colony of sea lions on the beautiful white coral beach. From the shoreline, you can observe the Galapagos hawks, American oystercatchers, Galapagos doves, mockingbirds, gold-warblers, lava lizards, marine iguanas and three different types of Darwin finch! When snorkeling or diving, you have the opportunity to see the diverse underwater world of Gardner Island. Californian angelfish, neon fish, parrotfish, manta rays, and white-tip reef sharks all call these waters home.

Afternoon: Cerro Alieri, is approximately a 15-minute ride from port. This site is of most interest to those who enjoy the plants of Galapagos. Over 48 different species have been identified here, 56% of which are native and 33% endemic. In addition, this is the site of a major conservation program for a critically endangered plant, Linum cratericola. It was believed extinct until it was reencountered by scientists and park wardens in 1997.

Your cruise ends here and from the harbor of Baltra, you will be transferred to the airport in time for your flight back to the mainland, or continue with your planned program in the Galapagos Islands.