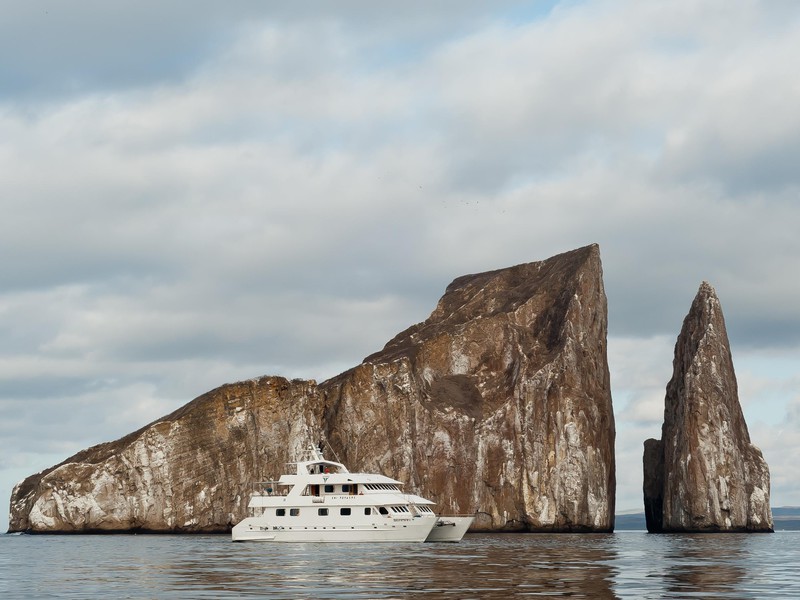 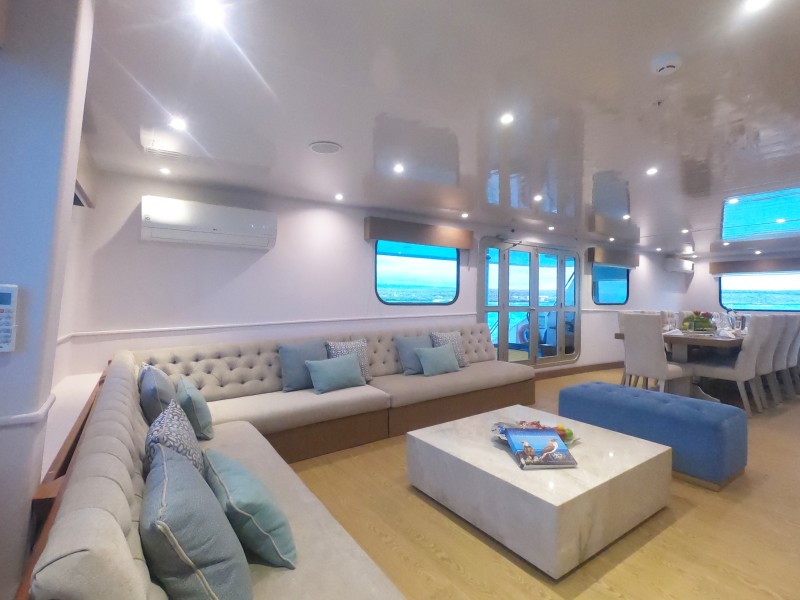 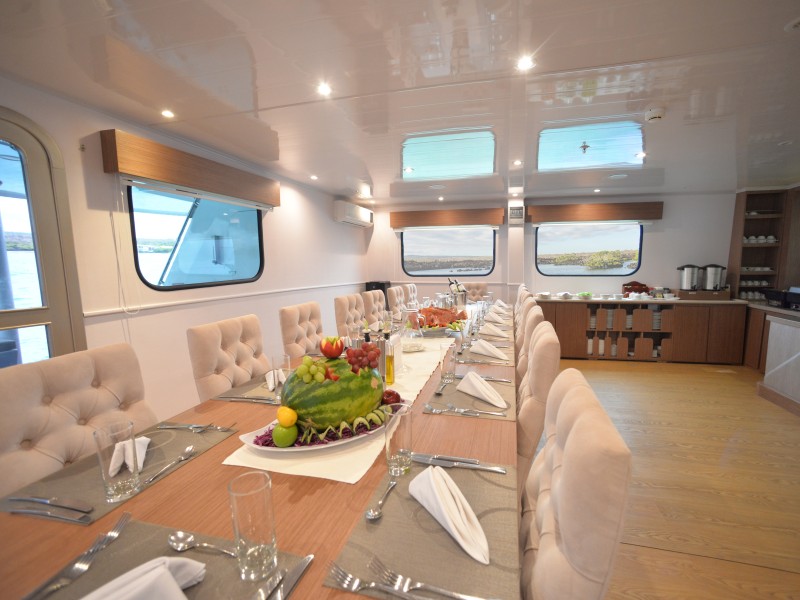 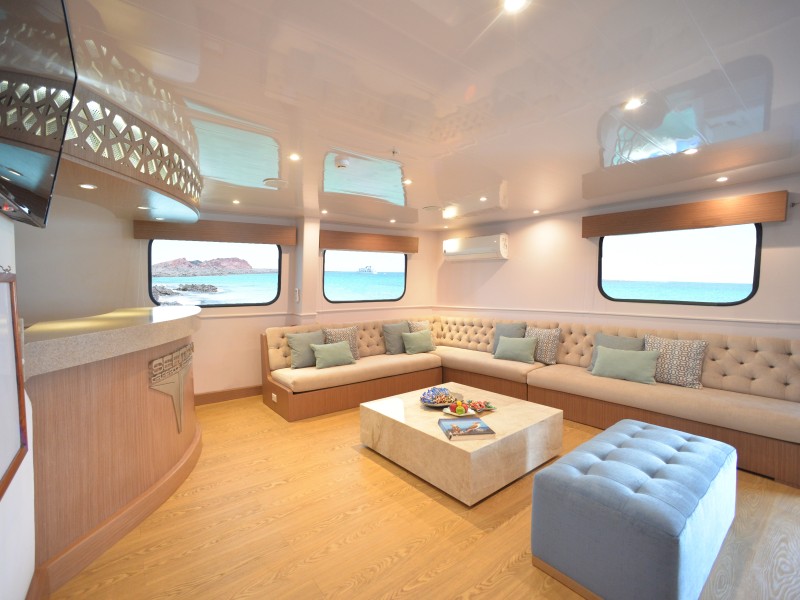 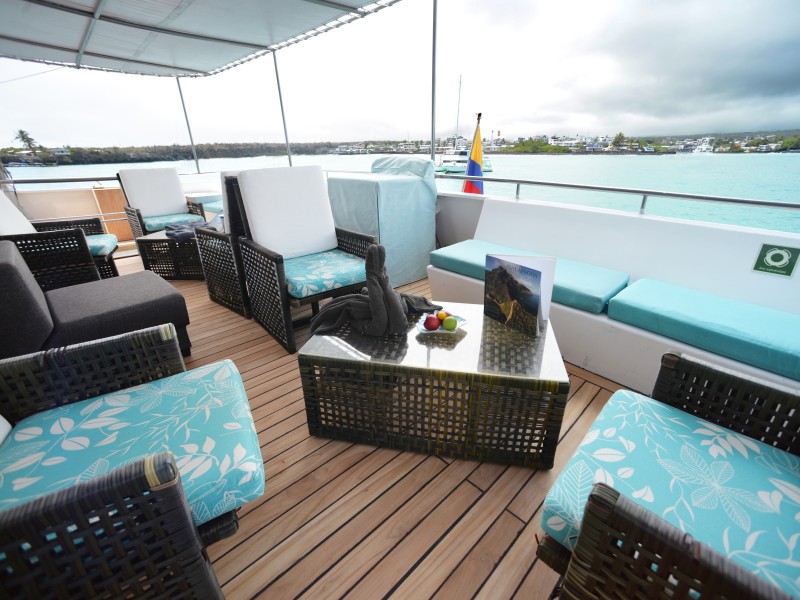 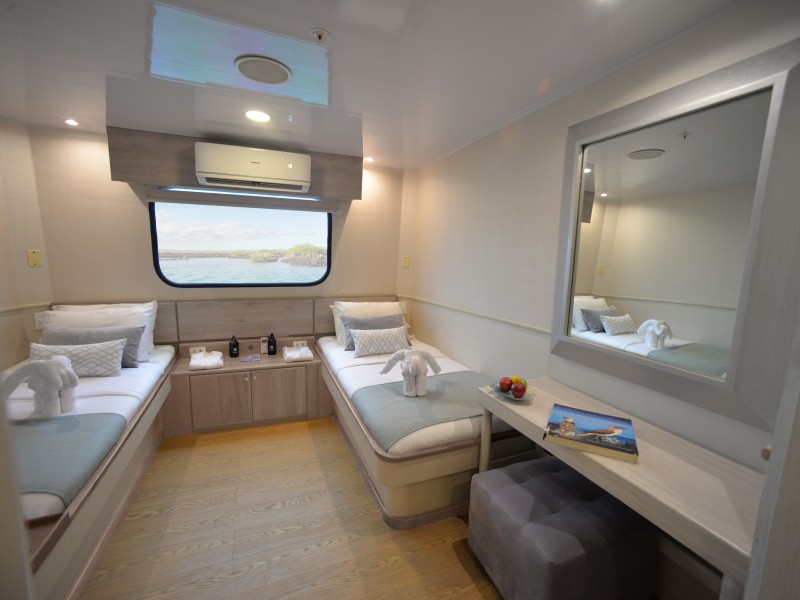 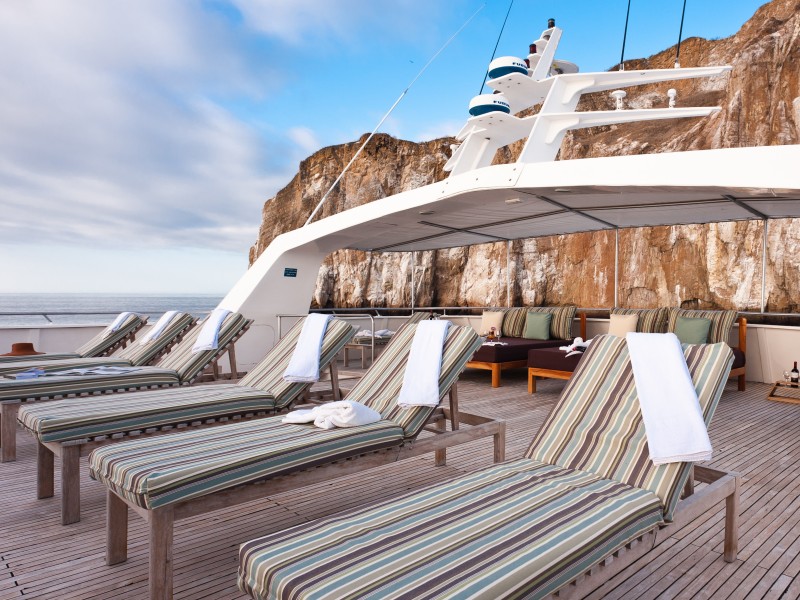 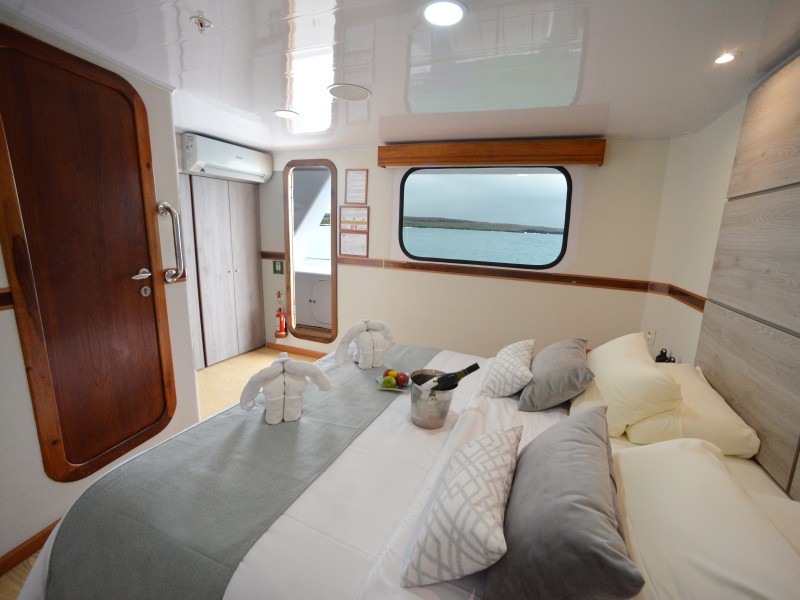 Guides will meet you, collect your luggage, and escort you on the minibus ride to the harbor. Motorized rafts, called ‘Pangas’ will transport you to the M/C Seaman Journey and our crew will welcome you on board. After departure and lunch, the first island visit is made.

Morning: The visitor site of El Barranco / Prince Phillip´s Steps is located in the southern part of Darwin Bay on Genovesa Island. The trail is on volcanic rock that has a length of 1.5 km and the tour can be done in about 2 hours. The youngest area of the island, from a geological point of view, lies in this area. The cliffs located in the south are composed of very fragile lava.

Afternoon: This bay has its origin when the crater of this island collapsed below sea level. The wet landing is on a beautiful white coral sandy beach. This is a favorite island for birdwatchers: red footed-booby, masked boobies, wandering tattlers, lava gulls, whimbrels, yellow- crowned, and black-crowned lava herons, and yellow warblers can be seen in this area. Continuing on the trail, visitors climb gradually to the edge of the cliff seeing Red-footed boobies nesting in the Mangrove trees below.

Morning: The Plazas land iguanas are smaller than its relatives found at other islands. Throughout the island are several hybrid iguanas, a result of crossing a male marine iguana and a female land iguana, they are unique, recognizable at first glance by their black/gray color, with a land iguana’s crest, but face and tail of the marine iguana. The big population of iguanas is due to the presence of tunas, their favorite food. Swallow tailed gulls nesting in the rugged cliffs are seen along with other sea birds as: Audubon shearwaters, red-billed tropicbirds, frigate birds and brown pelicans.

Afternoon: Located in the southeastern part of the Galapagos, this island was formed from an uplift instead than a volcanic origin, this is why is mostly flat. There are some theories which assure this could be the oldest island in the Archipelago. Santa Fé is the home of a number of endemic species like the Galapagos hawk, Galapagos snake, Galapagos mockingbird, rice rats, and one of the two species of lands Iguanas of the islands. After disembarking in the beautiful and clear waters you will be in contact with one of the many sea lion colonies. Along the trail many salt bushes can be seen, as well as the giant Pickly pear cactu;, gigantism is a characteristic of oceanic islands. There are great possibilities of snorkeling with playful sea lions and tropical fishes.

Morning: In 2004 the Breeding and Rearing Center for young tortoises Jacinto Gordillo, named after a famous settler, was inaugurated in Cerro Colorado, San Cristobal Island, in order to take care of young tortoises. In 2008, an assisted reproduction program started on the island supervising the birth of a little turtle in captivity.