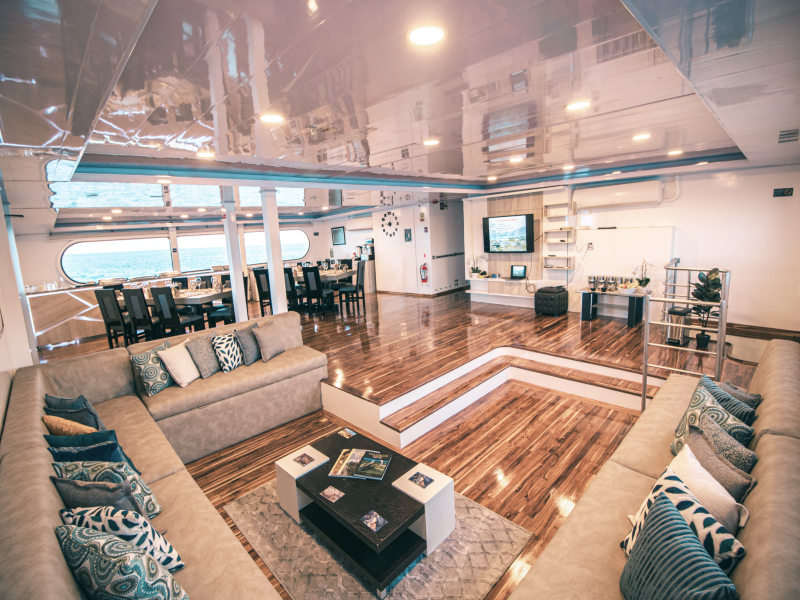 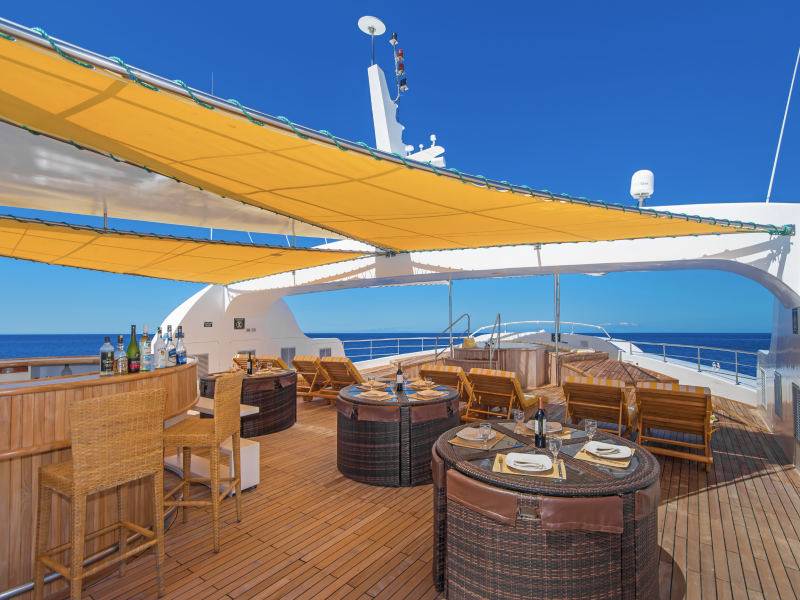 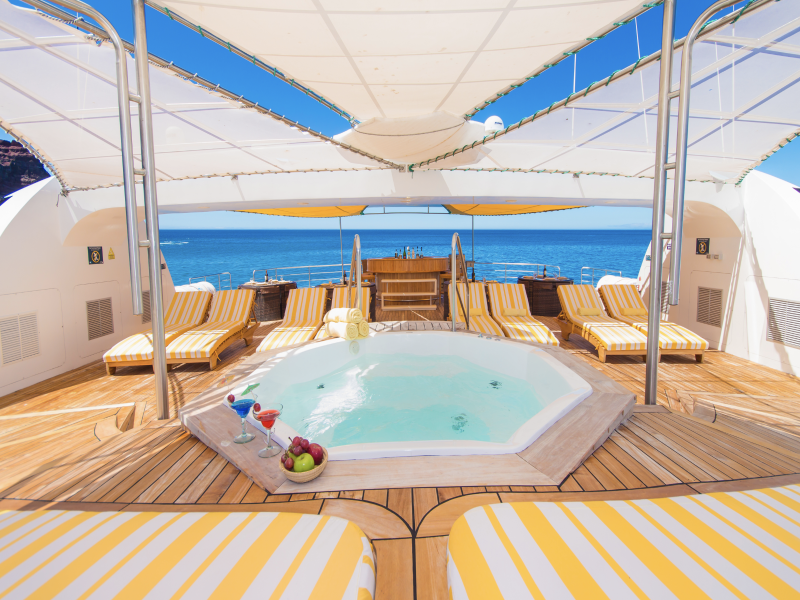 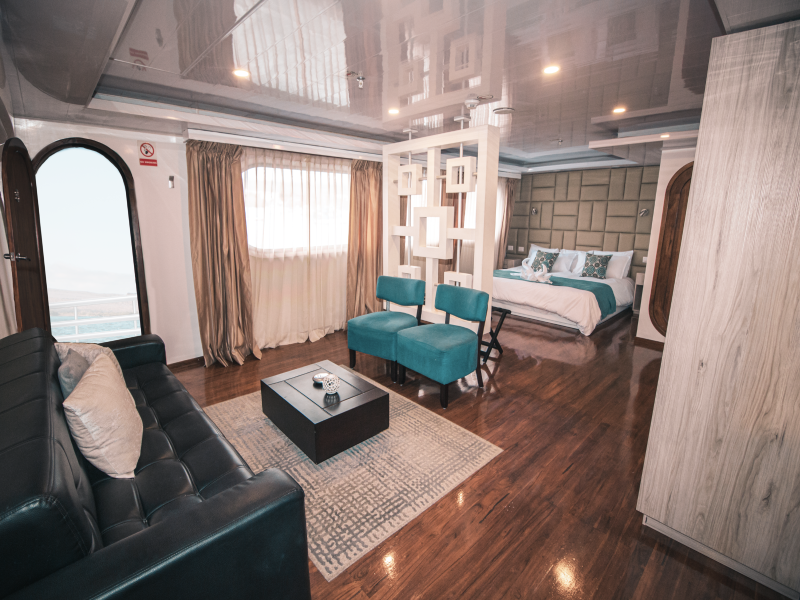 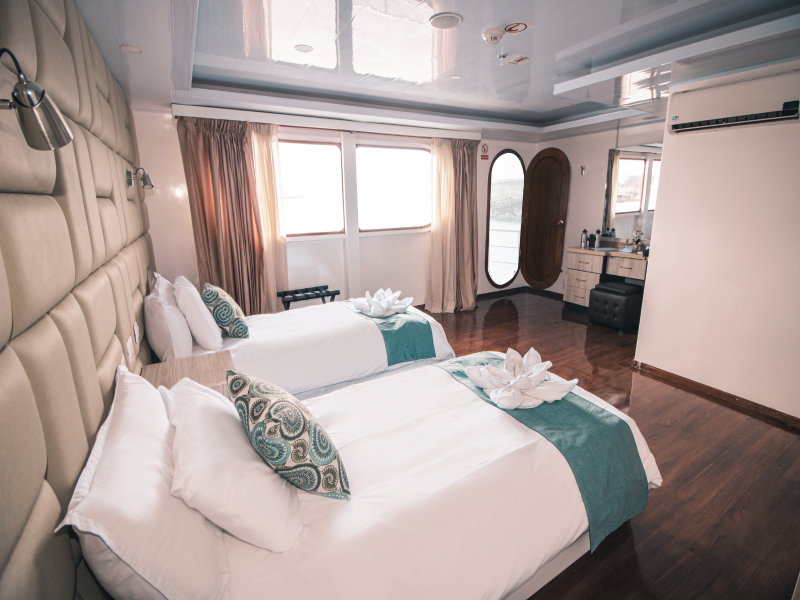 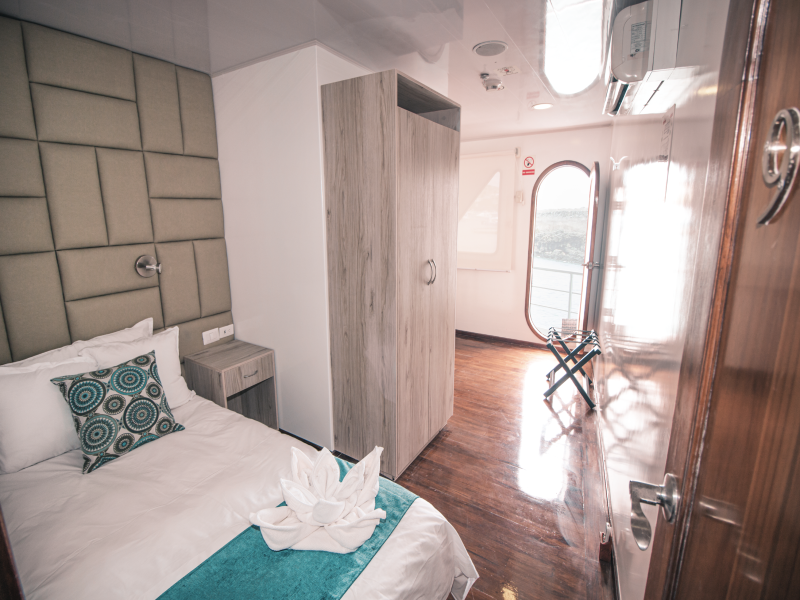 After your arrival in Baltra airport, transfer to the boat for your onboard briefing about the boat and the islands.

Afternoon: Fernandina is the youngest island in the archipelago, regularly impressing visitors with the pristine condition and the sheer number of resident wildlife. Large colonies of marine iguanas and sea lions sun themselves on the beautiful sandy beach while Galapagos hawks circle overhead. After a walk through the interesting landscape, we'll reach the island's highlight: the nesting site of the Flightless cormorant.

Trails wind their way around Lake Darwin up to a ridge, offering wonderful views of the landscape and the ocean, where Wolf and Darwin Islands dot the horizon. Punta Tortuga, just north of Tagus Cove, is another idyllic tropical beach surrounded by mangroves. Later, take a dinghy ride through the cliffs, observing penguins, flightless cormorants, boobies, pelicans and Sally Lightfoot crabs. Return to the cove to relax on the shore or snorkel.

Morning: High, colorful mangroves contrast with the lava on the shoreline. Schools of colourful fish and sea lions play in the water here between the islets of Eizabeth bay.

Afternoon: Moreno Point is located near Elizabeth Bay on the west coast of Isabela Island. The plethora of birds to be seen during a dinghy ride along the striking rocky shores, or a hike along path through lava rock leading to tide pools and mangroves, make this day a birdwatcher’s delight. In the tide pools green sea turtles or white-tip sharks can be spotted.

Morning: The Sierra Negra Volcano boasts the largest basaltic caldera in Galapagos with a diameter of up to 10km. The site offers impressive views and the opportunity to observe up to 7 species of finch and a rich display of local flora. The north side of the caldera provides evidence of Sierra Negra's most recent volcanic activity in 2005.

Afternoon: Just outside of Puerto Villamil, lagoons, swamps, and mangroves make up the beautiful Wetlands. Home to a variety of unique bird species such as Common Stilts, Whimbrels, White-Cheeked Pintails, and Gallinules, the Wetlands can be visited on foot via a path that winds through the swamps.

El Muro de las Lágrimas (Wall of Tears) is a visitor point approximately 7 kilometers west of Puerto Villamil. The wall is about 150 meters long and was built under cruel conditions by convicts of the infamous penal colony "Porvenir" in the 40s and 50s. First named the Wall of Tears by local residents, who state that the wall often emits an eerie, crying sound and the area is said to have a "heavy energy".

Today Isabela island is mainly home to a variety of lava lizards. Darwin's finches and Galapagos hawks are often spotted along the walk here, as well as giant tortoises, so keep your camera ready!

Please keep in mind that on departures days, your morning visit will be early and short in order to arrive at the airport in time for your returning flight to Ecuador’s mainland.