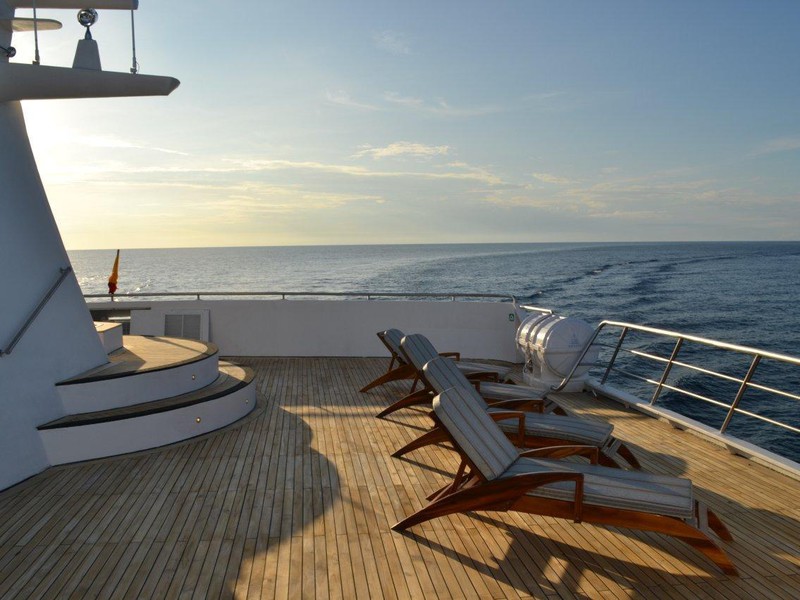 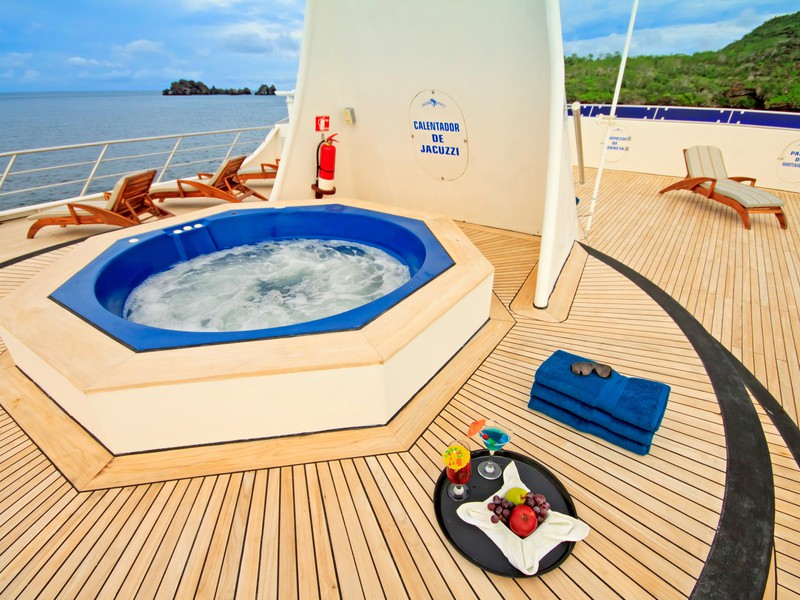 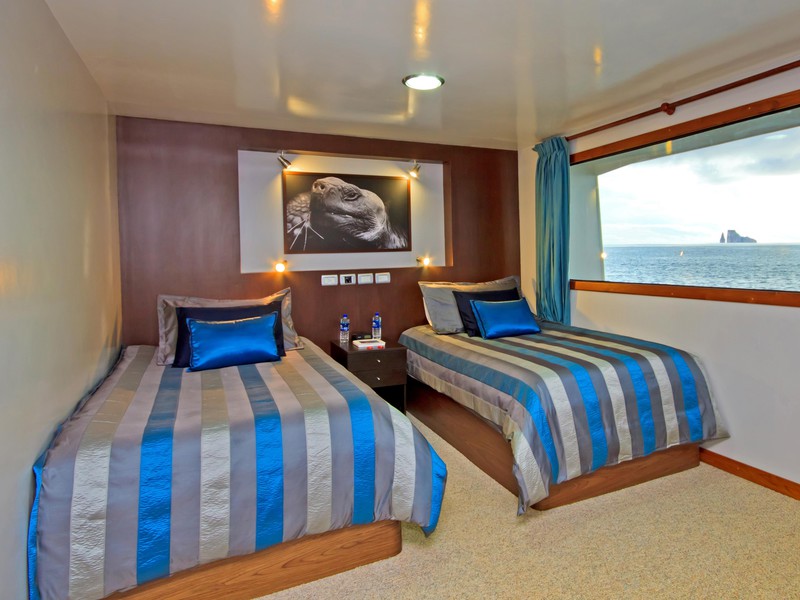 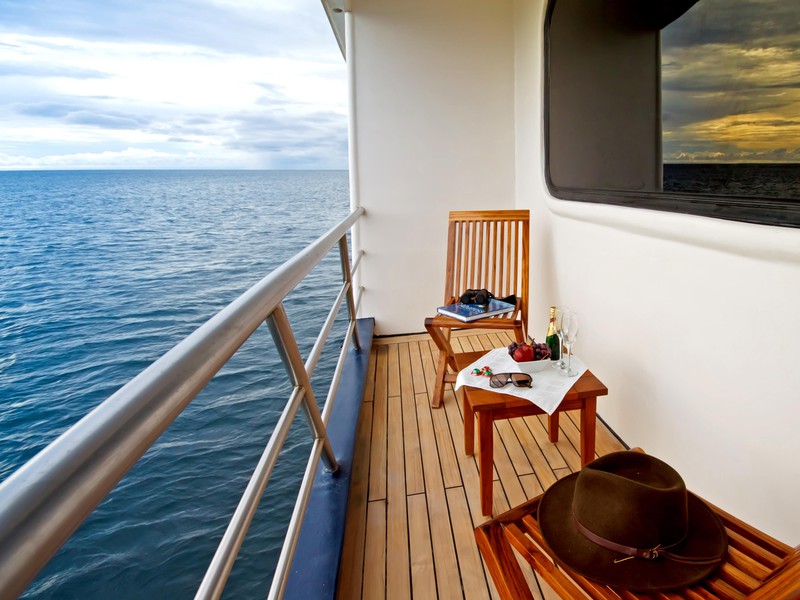 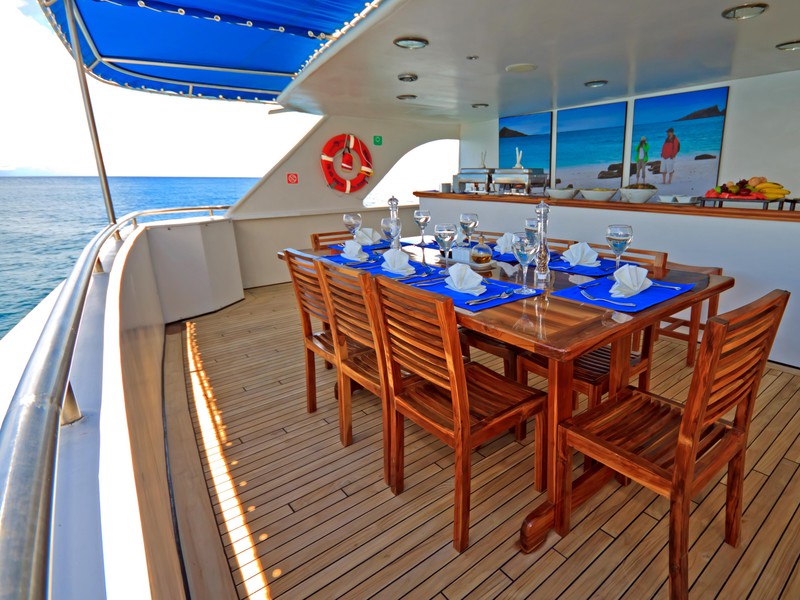 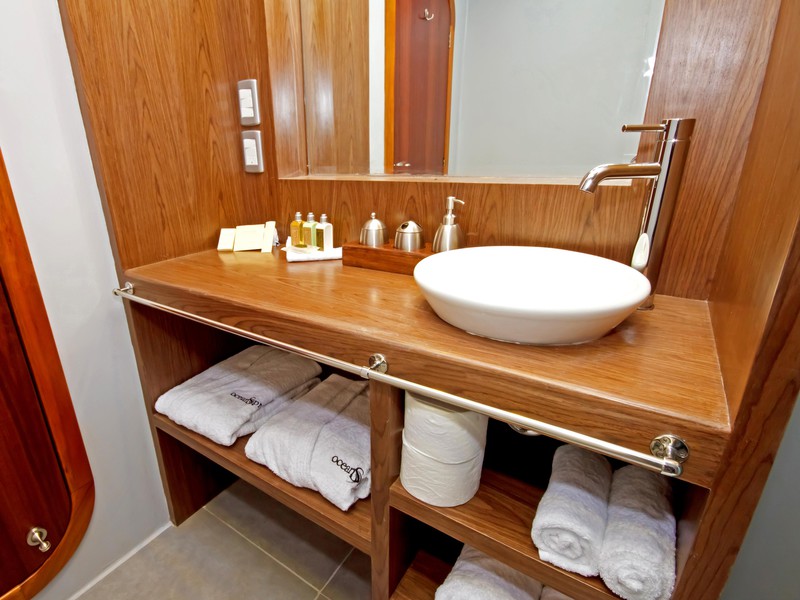 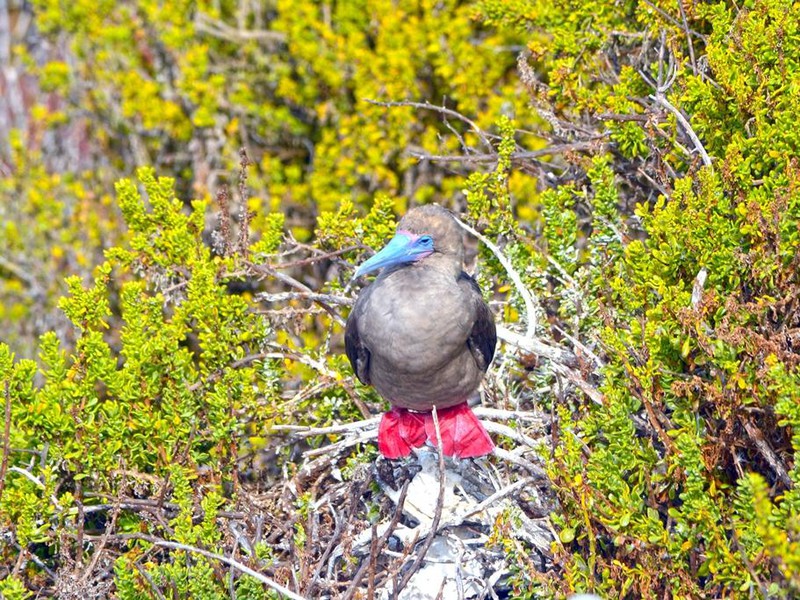 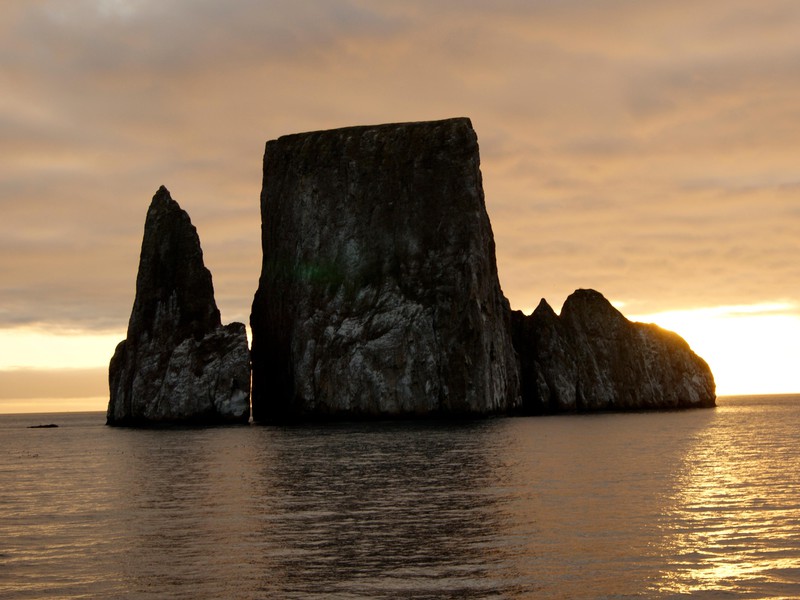 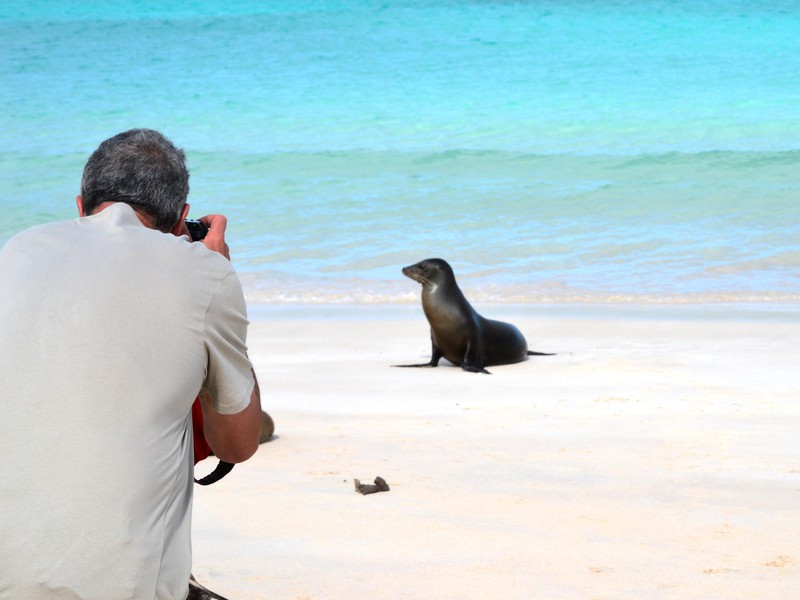 On arrival at Baltra Airport, transfer to the harbour to board the Ocean Spray

In the highland plains of the island of San Cristóbal lies the reserve La Galapaguera - a breeding ground for giant tortoises. The leisurely giants move freely in their natural habitat, seek out cooling mud pots, slowly munching a few blades of grass, or leisurely ambling on their way without taking any notice of the tourists. The dry and tropic climate attracts not only giant tortoises but also scarlet flycatchers and mockingbirds.

Whether a lion or a boot, the tropical birds at home on León Dormido don't seem to mind. Blue-footed boobies, red-billed tropicbirds, and frigatebirds regularly enchant visitors with their daring flight maneuvers, as they hunt and socialise around this ancient volcanic cone. In the 19 meters between the surface and the seabed, León Dormido offers snorkelers and divers a dazzling array of sealife. White tip reef sharks, Galapagos sharks and even hammerhead sharks are often seen darting between spotted eagle rays and sea turtles.

Morning: Punta Pitt is located at the east end of San Cristóbal Island. The trail covers 1400m and takes roughly 2 hours, including an olivine beach approximately 90 meters long, and a trail that ascends to the top of a volcanic tuff hill passing through several natural viewpoints.

This is the only site in the Galapagos Islands, where you can watch the three species of boobies and 2 species of frigates nesting in the same area. There are also plenty of curious sea lions in the area.

Afternoon : Cerro Brujo is a volcanic cone that looks over a beautiful white sandy beach which has plenty of sea lions, pelicans, blue-footed boobies, and marine iguanas. From atop the hill you also have a great view over to Leon Dormido. After the hike, cool off with a dip in the perfect aquamarine waters.

Transfer to Baltra Airport by bus for your return flight to Guayaquil or Quito, or continue on with your individual Galapagos travels.

This activity is not suitable for people with reduced mobility. In this activity, excursions take place in groups of up to 16 people.