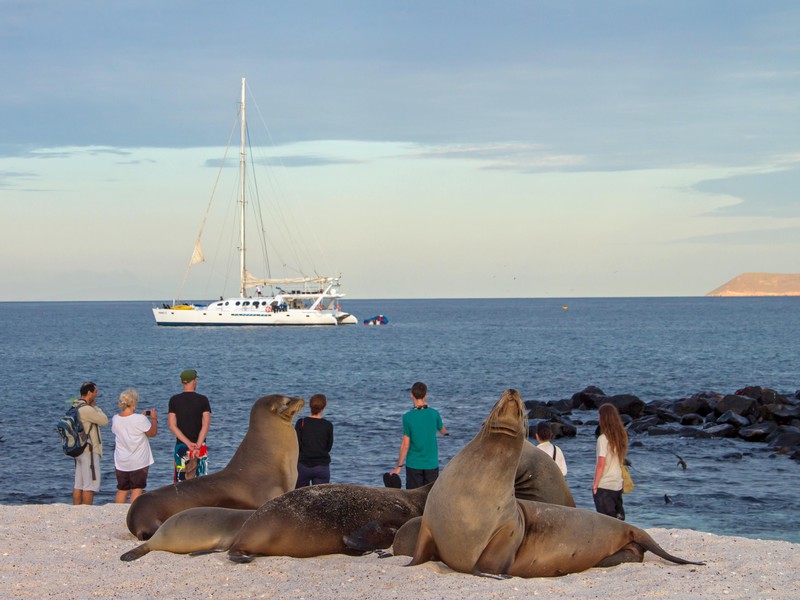 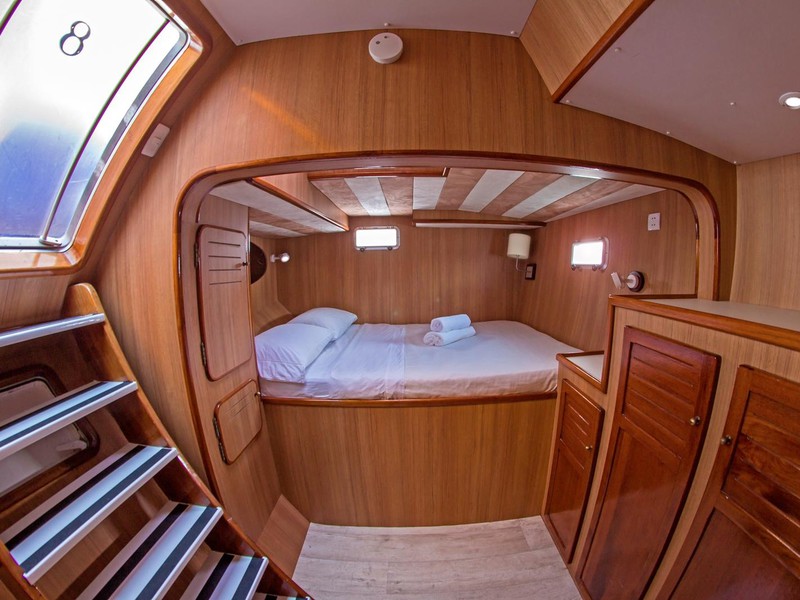 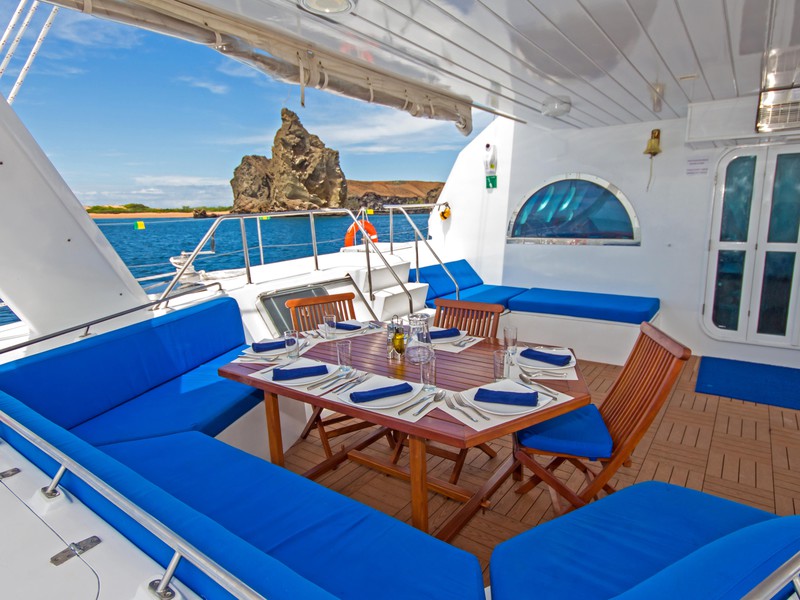 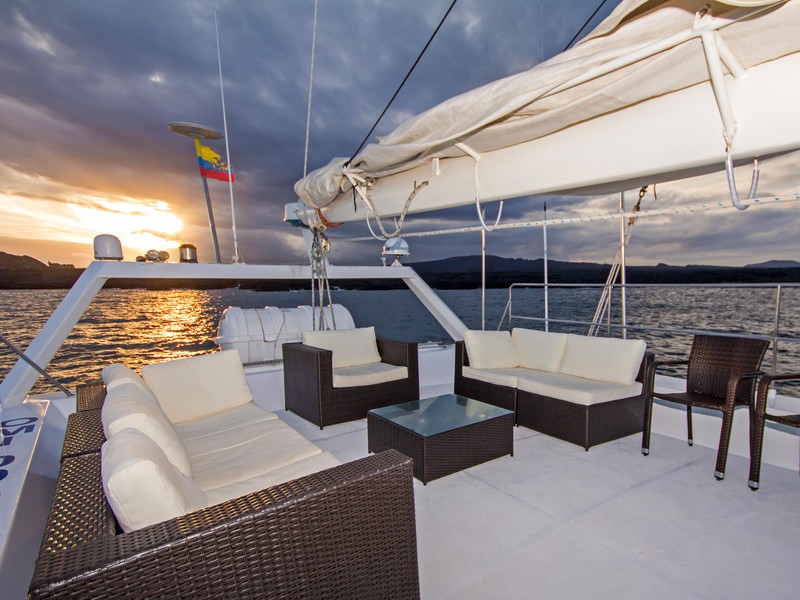 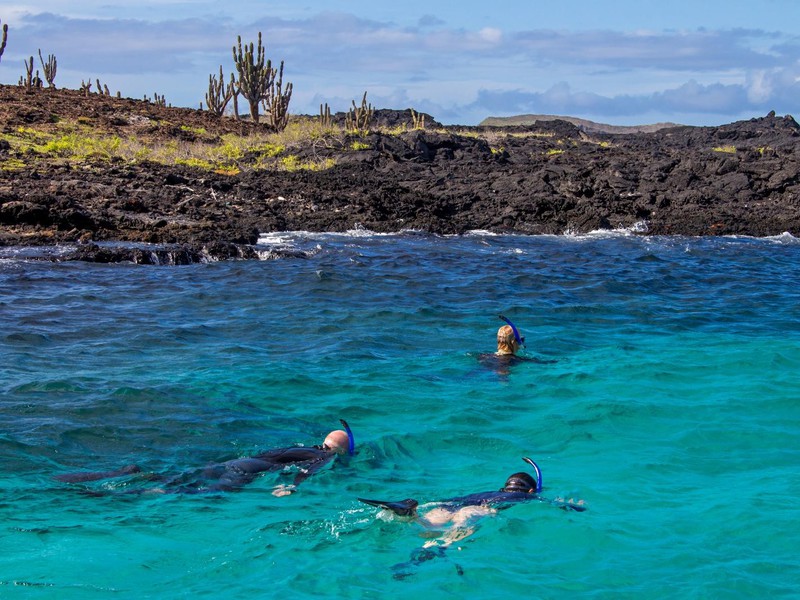 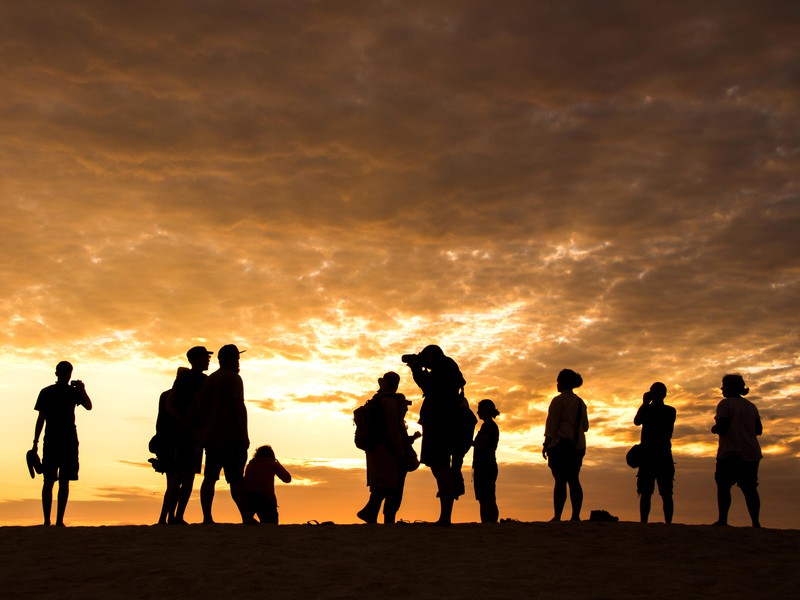 After arriving at the Baltra Airport, transfer to the harbour to board the Nemo III

Afternoon: Seymour is a wonderful Galapagos island where you can admire beautiful frigate birds and discover nests of the little blue footed boobies. The trees can be filled by male frigates inflating their red skin to catch the female’s attention. A spectacle of nature you don’t want to miss.

Afternoon: Cerro Brujo is a volcanic cone that looks over a beautiful white sandy beach which has plenty of sea lions, pelicans, blue-footed boobies, and marine iguanas. From atop the hill you also have a great view over to Leon Dormido. After the hike, cool off with a dip in the perfect aquamarine waters.

Afternoon: Here at Post Office Bay, you can learn about the historic barrel that has served as a post office in the archipelago for over two centuries. Lonely sailors, away from home for years at a time, would stop at Floreana to restock their supplies of food and water. The homesick sailors devised a clever solution - they left letters in a makeshift 'post box' on Floreana, and when passing ships stopped on the way back to their home port, they would pick up all the letters destined for that place and deliver them.