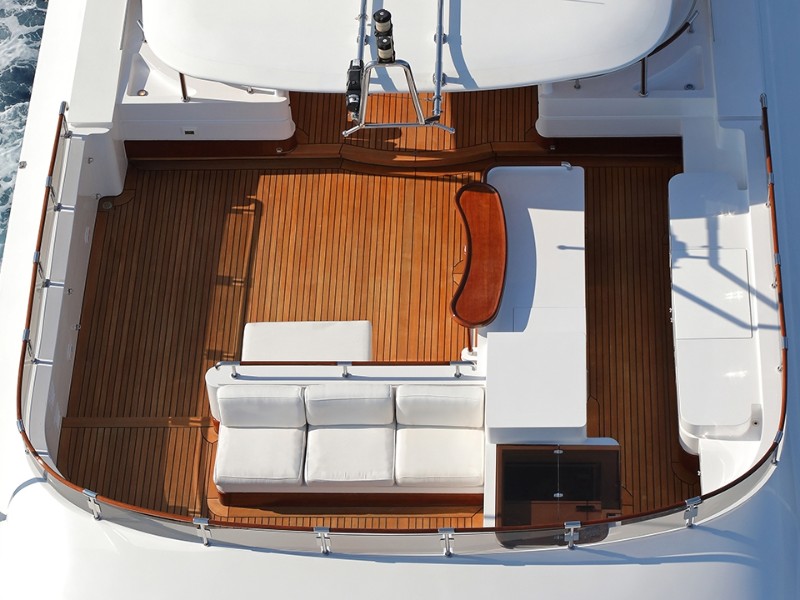 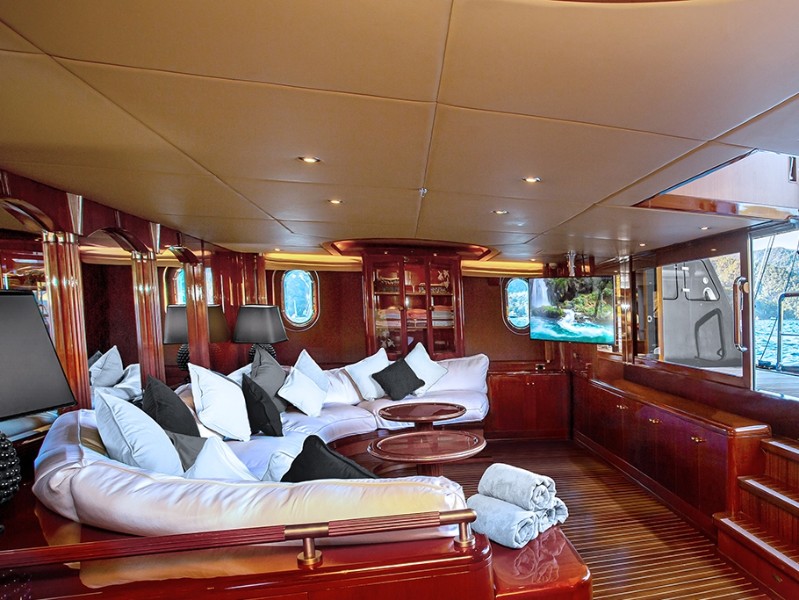 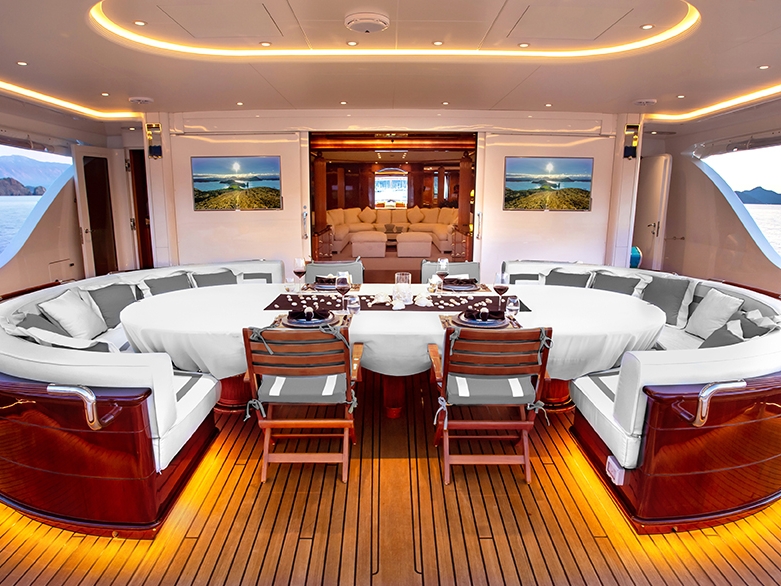 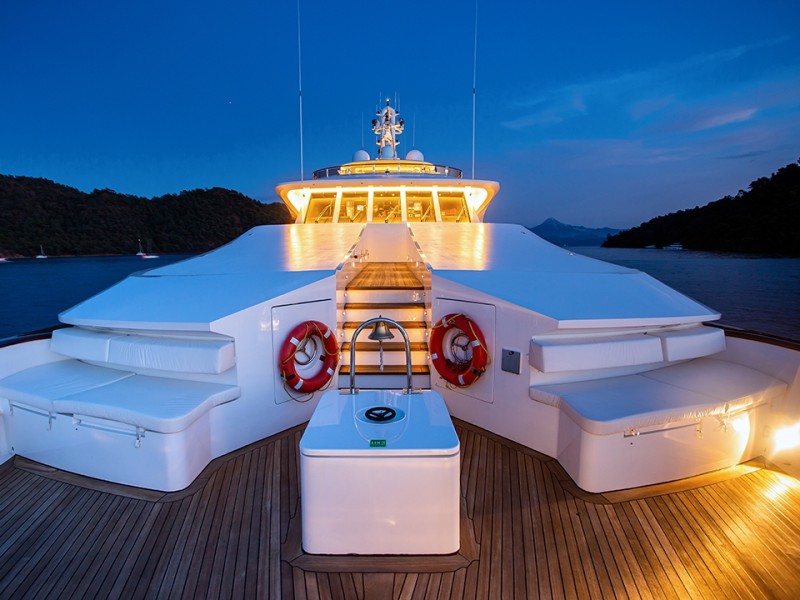 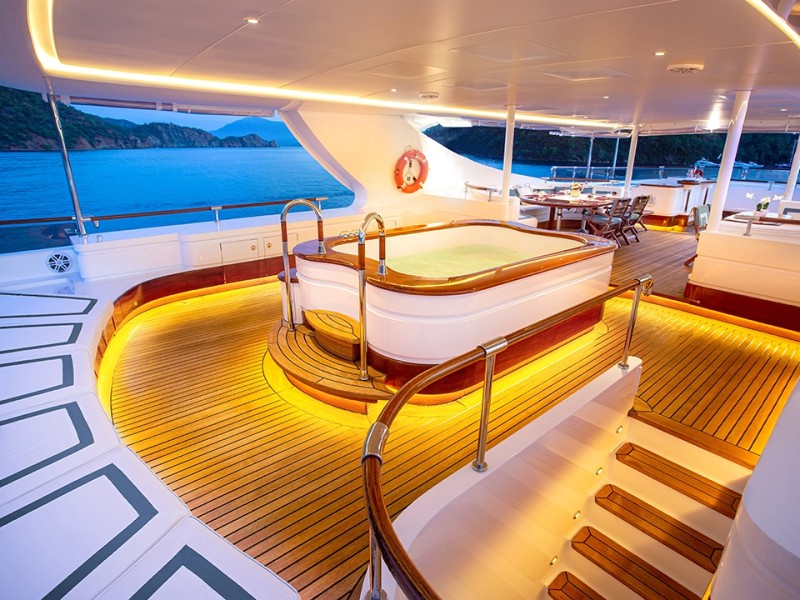 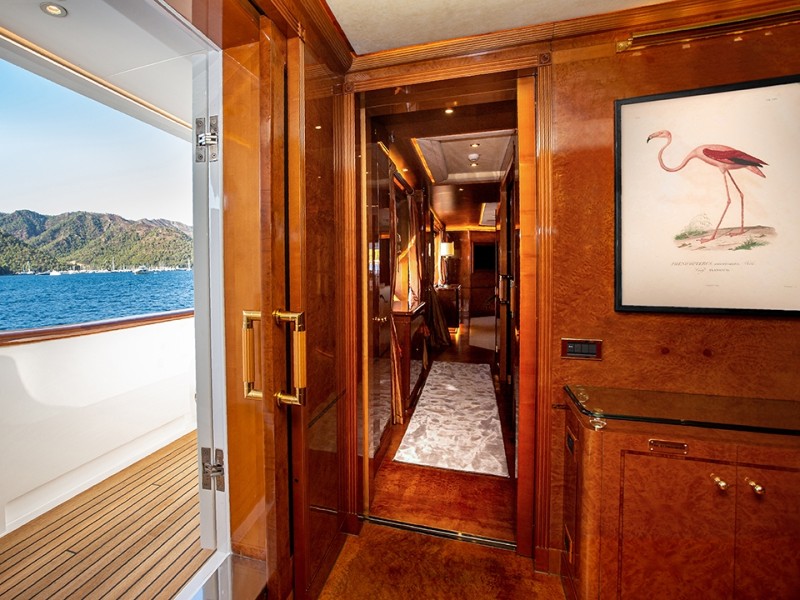 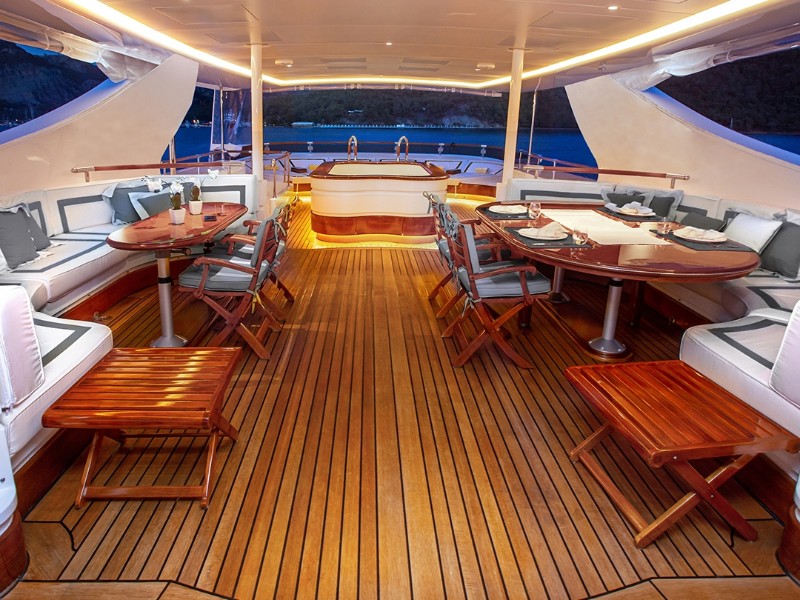 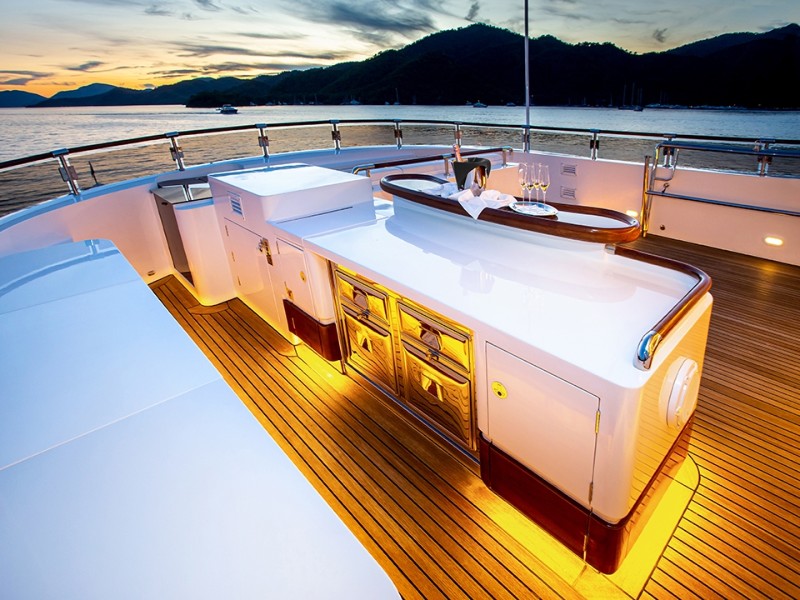 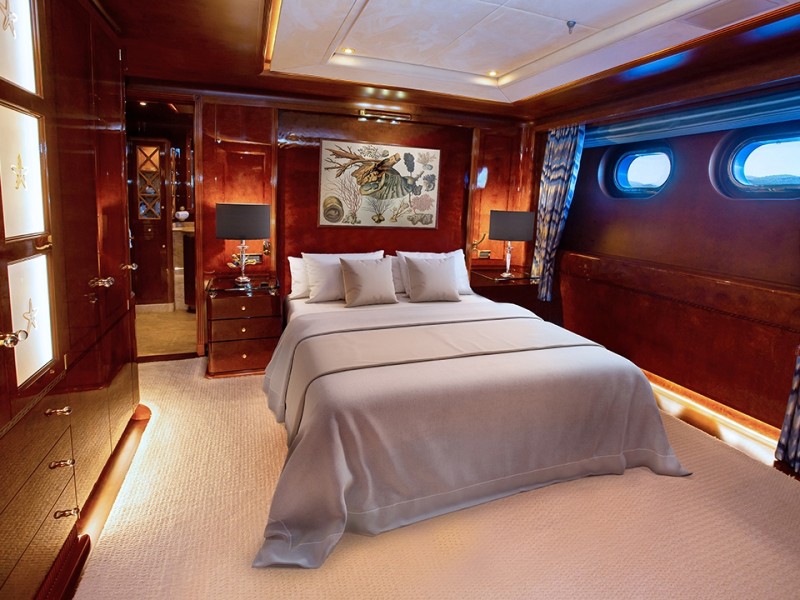 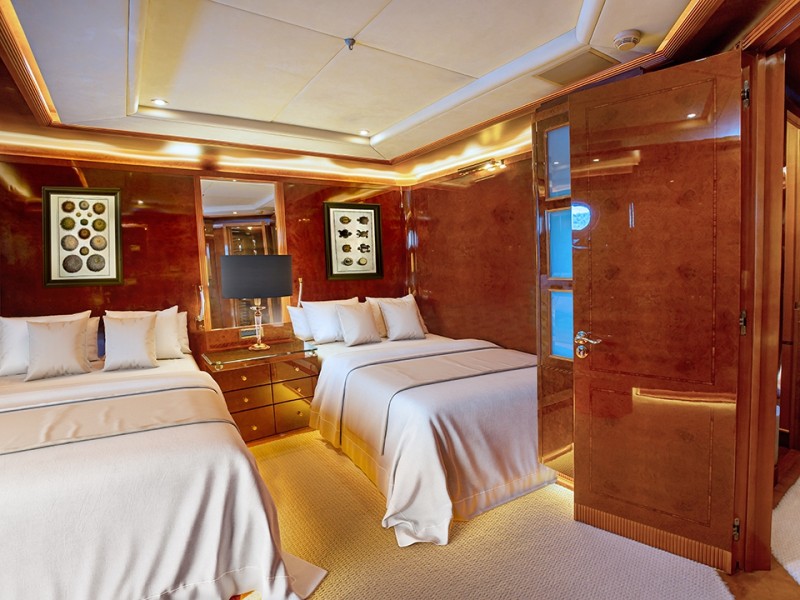 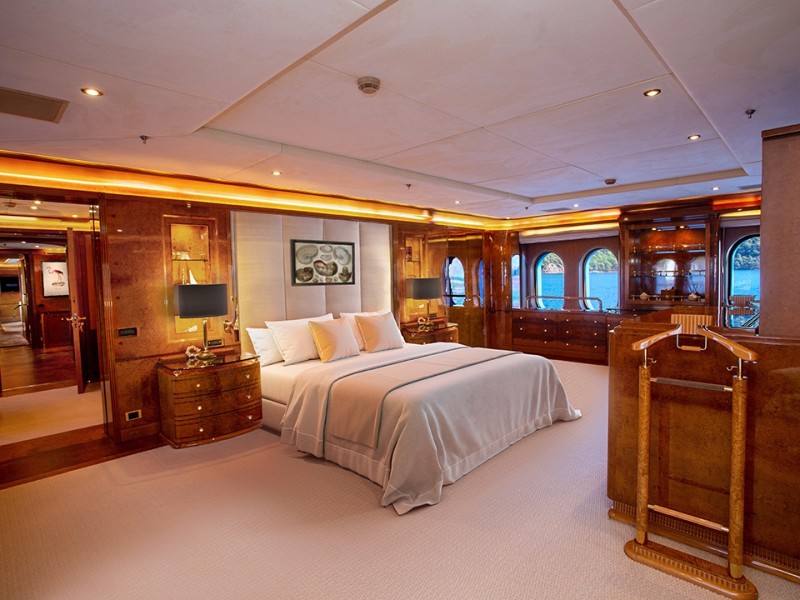 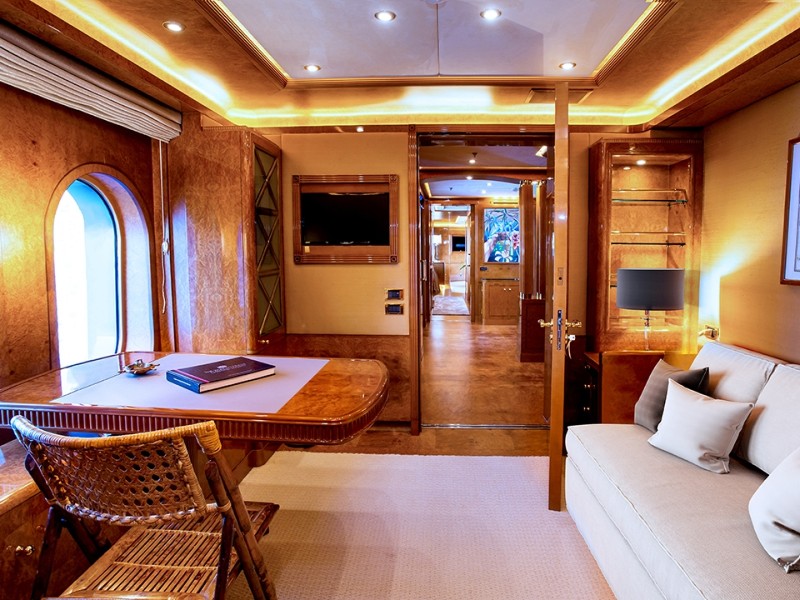 You will arrive at Baltra airport in the morning where you will be met by the crew. Your guide will then escort you to the ship and you will be informed about the coming days and can settle into your cabins.

Afternoon: Visit the Galapagos giant tortoises and land iguana breeding programme, where the famous Lonesome George (the last surviving specimen from Pinta Island) lived for decades. The centre is managed by Galapagos National Park (GNP) staff in collaboration with scientists from the Charles Darwin Station (CDS). Here, eggs from Pinzon, Santiago and Santa Cruz Islands hatch without the risk of introduced species. After artificial incubation, the "galapaguitos" (newborn turtles) are bred until they are 5 years old so that when they are released in their original habitats, they have enough skills to survive on their own. Since the 1970s, more than 2,000 specimens have returned to their native islands. In addition, Darwin Station works on several scientific projects, and botanical research and provides environmental education for local communities, schools and tourists. If there is still time, you can take a stroll through the small town of Puerto Ayora.

Morning: Punta Cormorant is home to two stunning natural beaches. You'll make a wet landing in the first bay, where you'll find a special black sand beach that twinkles green in the sunlight. The shimmering sand is made of olivine crystals, remnants of a long-gone violent volcanic eruption. Following the short trail along the beach, you'll come to a second little bay. Visitors will be delighted by the soft, white powdery sand that feels like walking in fine baking flour. This gorgeous beach certainly earned the name "Flour Beach". In the bay, you will likely spot green sea turtles, and if you wander back from the sandy stretch, you can find a saltwater lagoon that attracts vibrant flamingos and the adorable white-cheeked pintails.

Afternoon: Floreana offers a wonderful testament to the fascinating human history of the Archipelago. Although paling in comparison to the geological history, the human history extends far beyond the island's first residents.

Here at Post Office Bay, learn about the historic barrel that has served as a post office in the archipelago for over two centuries. Lonely sailors, away from home for years at a time, would stop at Floreana to restock their supplies of food and water. The homesick sailors devised a clever solution - they left letters in a makeshift 'post box' on Floreana, and when passing ships stopped on the way back to their homeport, they would pick up all the letters destined for that place and deliver them. To this day, the system is alive and well - each year thousands of visitors continue to leave letters for loved ones, and search for letters to bring home and deliver. To keep the tradition alive, hunt for a letter destined for a town near you and hand-deliver it. As well as Post Office Bay, Floreana is famous for its mysterious stories revolving around its first inhabitants, Doctor Ritter, Dora Strauch and the Wittmer family. You should also be sure to visit the Cave of Pirates, which is located near a fresh water fountain that once served as the only source of freshwater for the families living there. The fountain was called the Asylum of Peace by the Wittmers.

Morning: Punta Moreno is a rugged young lava bay. At first, it appears to be a lifeless landscape, however as you walk over the cooled lava, you'll see new green areas and lagoons hosting a wide variety of birds. Marine iguanas and lava lizards are usually found in the lagoons you'll often meet flamingos foraging here for their favorite meal. While the sharp rocks make this hike a little tricky, its path itself is easy enough to be enjoyed by everyone and provides an unforgettable landscape set against a backdrop of the volcanoes Sierra Negra and Cerro Azul.

Afternoon: Urbina Bay graces the southeast flank of the Alcedo Volcano. After volcanic activity in 1954 caused a significant uplift, the coast expanded almost a kilometre out. Marine life found a way to thrive in this new fertile area and many species chose to stay. Today, this area is a great place for snorkelling. During your hike, you may see a large colony of land iguanas, Darwin's finches, giant tortoises (from June to September) and flightless cormorants.

Morning: Fernandina is the youngest island in the archipelago, at only around 700,000 years old. Surrounded by hills amidst a lava landscape covered with cacti and mangroves is the visitor location, Punta Espinoza. Meet sea lions and hundreds of marine iguanas basking on the black lava rocks and on the beach. While snorkelling you might come close to the resident penguins darting quickly through the water.

Afternoon: The historical pirate hideaway of Tagus Cove has been frequented by sailors since the 1800s. The names of visiting ships were often painted and carved into the cliffs surrounding the cove. Trails wind their way around Lake Darwin up to a ridge, offering wonderful views of the landscape and the ocean, with Wolf and Darwin Islands dotting the horizon. Punta Tortuga, just north of Tagus Cove, is another idyllic tropical beach surrounded by mangroves. Later, enjoy a panga ride through the cliffs, observing penguins, flightless cormorants, boobies, pelicans and Sally Lightfoot crabs. Return to the cove to relax on the shore or snorkel.

Morning: The black beach along the northwest coast of Santiago Island is a great view, even from the ship. Upon arrival at the beach, two trails land for a walk. One leads you along the coast to "Fur Seal Grotto", where fur seals lie in the shade and rest on the cool stones of the coast from the strong sun. The grotto provides an excellent place for this and the surrounding pools of the tide attract marine lizards to forage in them. The second path takes you to the island's Pan de Azucar volcano, which is responsible for turning the beach black. The volcano's crater is filled with saltwater, which dries up in hot weather, leaving a dry saline landscape. Between 1928 and 1930, a salt mine was considered, but it was decided against because it was not feasible and lucrative. The lagoon is often home to Galapagos flamingos and other birds such as the Galapagos hawk, which circles over the landscape at high altitudes.

Afternoon: At the northernmost end of James Bay is Espumilla Beach. Next door, feeding sea lizards, the Galapagos green sea turtles also visit this beach to lay their eggs. The beach also offers a nice snorkelling experience, sharks, rays and octopods have been observed here in the clear water. Continue on a trail that leads inland, past a seasonal lagoon that is partly quite green due to the algae in the water. Along the way, you might encounter Galapagos flamingos, Bahama ducks and many other bird species of the Galapagos Islands, if you are lucky you might also spot a Galapagos hawk circling in the skies above you.

In the days of piracy in the 16th century, this cave on the northwest coast of Santiago was used by pirates and privateers to rest, get fresh water and replenish food supplies. From here, it was best to go inland to find water and bring turtles as provisions to the ship, as the ship was well protected and undiscovered in the cave. Today, numerous Galapagos bird species nest on the cliffs of the cave and circle in the skies above the island's red beach. This is also a great place for snorkelling and relaxing on the beach with the odd sea lion or fur seal.

Morning: The small island has only one access point for visitors, it is located on the east coast. The red beach, the lagoon near the coast and the 1.1-kilometre long circular walk on the island are breathtaking. The red colour of the rock and the beach is due to the porous ferruginous volcanic rock and various environmental factors such as rain, saltwater and the coastal winds. In addition to the highest concentration of volcanic features and the environmental factors that act as oxidizers, the red colour of the island is created. After a wet landing, you can see sea lions and marine lizards relaxing on the Galapagos red beach. Just past the beach is one of the nesting sites for pelicans, which use the island's plants for shelter. It is one of the best places to see pelicans and sometimes a flamingo or two is spotted. The path of the island goes through opuntias and different birds can be seen here like Darwin's finches, Galapagos doves or Galapagos mockingbird. After the short walk, you can dive and swim in the bay, that clear water offers a good view of the underwater world.

Afternoon: Between the two islands, North Seymour and Baltra lies the small island, Mosquera. The narrow island's coastline stretches out with white sand beaches, lava rocks, and tide pools. Created by Geological uplift, the island has a relatively flat landscape. Mosquera is a great place for snorkelling, strolling on the beach, and enjoying the animal life without the tourist crowds that are common on many of the more popular islands. This islet is home to a huge colony of resident sea lions and is also home to many shorebirds.

Morning: Daphne Island is a cone formed by the accumulation of volcanic ash. Daphne is home to thousands of birds, including blue-footed boobies, frigatebirds, and tropicbirds. You won't go ashore here, but you’ll navigate around the volcanic cone, so binoculars are recommended to get a good look at the birds. Daphne is a great research site on which many scientists have spent years studying the behaviour of Darwin’s finches.

You will arrive at the port of Baltra. From there, you will either transfer to the airport for your return flight to the mainland or continue with your individual Galapagos program.